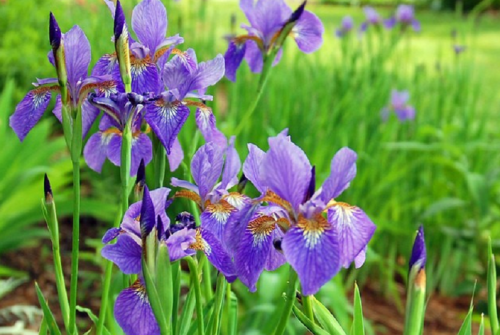 THE words, “Iris blossoms fluttering like a moth in different states of flight”, sound as though it could be about springtime in Canberra, but in fact these words from the poem, “Irises”, which has today (September 21) won this year’s $15,000 University of Canberra Vice-Chancellor’s International Poetry Prize, were inspired by a sympathy card featuring Van Gogh’s irises.

The winning poet from the US, Eric Berlin, could not be at the opening, but has written to the university saying: “The poem explores the strangeness of the fact that loneliness is an experience we all share.” He said he wrote “Irises” last September after having been granted a fellowship at an artist residency.

Berlin, who teaches online for The Poetry School in the UK and is assistant editor at the online literary magazine “The Cortland Review”, said he had been researching“ the poetics of stand-up, hoping to reach a wider audience… and then, suddenly, this!”

Melbourne poet Debi Hamilton was named runner-up, for the second time, for her work “Having Intended to Visit an Orange Grove, the Poem Finds Itself in a Supermarket”. She won the same accolade in 2014 for “What big plans you have”.

Hamilton, who was also joint winner of the Newcastle Poetry Prize in 2014, published her second poetry collection “The Sly Night Creatures of Desire” last year.

This is the fourth year the Vice-Chancellor’s International Poetry Prize has been offered, with 670 poets submitting more than 1000 poems from all over the world, including Greece, Germany, Romania, Scotland, Slovakia and Australia.

The prize is run by the university’s International Poetry Studies, which asked writers to submit a previously unpublished poem in English – translations were not eligible – up to 50 lines in length.

UC vice-chancellor Prof Deep Saini said the prize was “a key way for the University to continue to further its network of national and international connections, as well as being part of the larger international literary conversations that are taking place worldwide”.

At the ceremony, the runners up in the competition, Claire Åkebrand, Min Lim Audrey Molloy John A. Scott and Sally Van Doren, were also named.

Winners in the Health Poetry Prize, sponsored by the Dean of the UC Faculty of Health were first prize-winner, Joe Dolce, for his ‘found’ poem, “And Let the Wonder In,” which was read in his absence by Professor Diane Gibson.

On hand for the presentation of the inaugural University of Canberra Aboriginal and Torres Strait Islander Poetry Prize was guest poet and rapper, Steven Oliver, who performed two of his own poems before introducing the first prize winner, Wiradjuri poet Jeanine Leane, who then read her winning work, “Still Gatherers”.

Second prize in this category, it was announced, went to Brenda Saunders, for “Bush Tobacco” and third prize to Hugo Comisari for “Kookaburras, Carp and Concrete”.

A highlight of the ceremony was the Faculty of Arts and Design: Young Poets Awards, announced by Prof Lyndon Anderson, although they had already been announced at the UC Open Day in August.

First Prize of went to Arushi Joshi of Hornsby Girls High School for her poem, “Acceptance”, which she to the assembled crowd. Second Prize went to “Idyllic”, by Leila Barry from UCSSC Lake Ginninderra.

The ceremony concluded the week-long “Poetry on the Move” festival convened by poet Paul Munden.