CANBERRA Symphony Orchestra will present “Symphony in the Park” on Stage 88 at 7.30pm this Sunday, March 12. It’ll be an evening of music and nostalgia as ABBA tribute band, BABBA take to the stage supported by the CSO. “Symphony in the Park” joins the Enlighten Festival, the Balloons Spectacular and other Canberra Day celebrations. This year’s concert is conducted and arranged by conductor, composer and musical arranger George Ellis.

“FESTIVAL Muse”, billed as a long weekend “Festival for the Brain and Belly“ is Muse Café’s gambit to keep people in town during the Canberra Day weekend with curiosity, conversation, creativity, “damned fine coffee”, wine and canapés. The list of conversational celebs includes political journalists, writers, musicians and chefs. At Muse, East Hotel, Kingston, March 10-13. Bookings and details at musecanberra.com.au

“ENLIGHTEN” 2017, national buildings and the Parliamentary Triangle light up until March 13. Bookings to ticketek.com and all program details at enlightencanberra.com.au

CIT Adult Short courses are held every first weekend of the month all year round at Canberra Glassworks. Costs apply. To find out more email education@canberraglassworks.com

THE ninth annual Heath Ledger Scholarship is looking for emerging Australian actors aged between 18-35 years who shows potential for great career longevity. Established in memory of Australian actor Heath Ledger, the prize has become a fixture in the industry landscape. Applications to australiansinfilm.org and will close on the date of the late Ledger’s birthday, April 4.

CRAFTACT is inviting contemporary craft artists and designers to develop original work interpreting Roy Grounds’ Academy of Science, also known as the “Shine Dome”, for a “DESIGN Canberra” exhibition in 2017. For members unable to make the original May 18 deadline, there will be a second submission date in September. Pieces submitted by May 18 will have the potential to be incorporated into interstate and advance marketing for DESIGN Canberra 2017. Inquiries to craftact.org.au

“LIGHTS! Canberra! Action!” is part of “Enlighten” and each year, local film makers must produce a Canberra centric short film along a particular theme, which in 2017 is “Right”. The top 12 films will be screened at the Senate Rose Gardens, Old Parliament House on Friday, March 10. “Lights! Canberra! Action!” information at enlightencanberra.com.au

THE Alliance Française French Film Festival may be the biggest festival of French films outside of France, but that doesn’t prevent it from being one of the most intriguing. The festival runs March 9 to April 4. At Palace Electric Cinema, New Acton. Bookings to palacecinemas.com.au

“BOLD” dance summit is the brainchild of Canberra choreographer and dancer Liz Lea, who has assembled luminaries like Meryl Tankard, Stephanie Burridge and Elizabeth Cameron Dalman for talks, workshops and performances in various national institutions. In Canberra, March 8-12. Bookings and all program details at theboldfestival.com

DAMI Im is coming back to Canberra after her sell-out show last year. Her performance at Eurovision 2016 with “Sound of Silence” was viewed by more than 200 million people worldwide. Her encore showing “Yesterday Once More” is at Canberra Theatre, 8pm, Saturday, March 11. Bookings to canberratheatrecentre.com.au or 6275 2700.

CANBERRA Wind Symphony’s Pentabrass Masters are taking to the spaces of the ANU Drill Hall Gallery amidst the paintings of Elisabeth Cummings for a champagne recital called “Brass Sketches” featuring, among other things, “Cantina Band” by John Williams and “Promenade/Baba Yaga/Great Gate” from “Pictures of an exhibition” by Mussorgsky, with instrumentation by Dixon. At Kingsley Street, Acton. March 9, bookings to eventbrite.com.au

THE Friends of the Albert Hall in collaboration with the ANU Open School of Music will host a FREE music concert coordinated by string teacher Lindy Rekston that showcases the rising stars of our classical music scene performing late nineteenth and early twentieth century music. It will take place in the venerable Hall at 6.30pm, March 9, after the Friends’ AGM at 5.15pm. Free but bookings advisable to eventbrite.com

THE Dan Mclean Big Band, led by trumpet player, composer, arranger and educator Dan Mclean, will be playing music from the likes of Basie, Ellington, Goodman, the Dorseys, Miller, Calloway and Carter. He will be playing swing from the 20s through to modern jazz. At the Bungendore Woodworks this Saturday, March 11. 6pm dinner and show. Bookings to 6238 1688.


THE Sydney Consort’s 2017 concert season opens with a Mediterranean Baroque program with work by composers of south Italy, Sicily, Malta, Turkey and Spain. The typical dance like rhythm as in Folia, Ciaccona, Malaguena, Passacaille or Fandango with their southern flavour made them so distinct from baroque music in other European countries. At Wesley Music Centre, 3pm, Sunday, March 12. Bookings to trybooking.com

HOLLY Throsby, four-time aria nominee, has brought out her sixth full time album “After A Time” and will perform at ANU Bar at 8pm this Friday, March 10. She’s recently released a debut novel, “Goodwood”, which has been shortlisted for an Indie Book Award. Bookings to moshtix.com.au

“BURLESQUE Idol” is a competition that features rising cabaret performers competing for the crown of “Burlesque Idol Australia 2017”. The prize includes a year-long ambassadorship offering performance and promotion opportunities all over the world. Canberra Playhouse, 8pm, Saturday, March 11. Bookings to canberratheatrecentre.com.au or 6275 2700.

“CHICAGO” is the longest-running American musical ever to play the West End and now Canberra Philharmonic is testing its popularity with Canberra audiences, who have seen this show often. This time round as the merry murderesses are Vanessa Valois playing Roxy and Kelly Roberts playing Velma. At Erindale Theatre, March 9-25, bookings to philo.org.au

“COLD Light,” adapted from the novel by Frank Moorhouse by Alana Valentine, shows its central character journeying from the League of Nations to Cold War Australia. At The Street Theatre, to March 18. Bookings to thestreet.org.au or 6247 1223.

“THE Age of Bones” (Jaman Belulang) is billed as a biting and magical satire set deep beneath the sea. Combining Indonesian puppetry, music and digital projection, the play traces the story of Ikan, an Indonesian boy who goes fishing one day and fails to return. C-Block Theatre, Gorman Arts Centre, until March 11. Bookings to agac.com.au

STEPHEN Pike is directing “The Addams Family Musical Comedy”, at The Q, Queanbeyan Performing Arts Centre. To March 19. Bookings to theq.net.au or 6285 6290.

JORDAN Best is directing a really scary show for Canberra REP in Frederick Knott’s “Wait until Dark”. This Broadway thriller sees blind Susy turning off all the lights to thwart a villain. Jenna Roberts plays Susy. At Theatre 3, to March 11. Bookings to 6257 1950.

NANCY Sever Gallery is now showing “Resonance”, an exhibition of recent work by Justin Andrews, a former Canberran who lives and works in Castlemaine, Victoria. The artist’s statement says: “What the viewer associates with in the painting is also the subject. The painting becomes an index of decisions, a visual narrative of its own making.” At 4/6 Kennedy Street, Kingston. Wednesday to Sunday, 11am–5pm, until April 2.

M16 ARTSPACE at 21 Blaxland Crescent Griffith has paintings by Yanni Pounartzis, “Kinetic Light” by John Carolan and Dominic Ald, “Faded Crush” by U.K. Frederick, and “Time Takes Too Much Time” by Dean Cross with “Microsculpture” by Tom Buckland in Chutespace. All exhibitions open to the public until March 19, 12pm-5pm, Wednesday to Sunday.

JULIE McCarron-Benson is exhibiting a collection of portraits, in acrylics titled “Feminist Strength”, showing some of the women who lobbied and campaigned and were responsible for the removal of the marriage bar, equal pay, access to birth control, superannuation, childcare and other issues. Canberra Artworks, Phillip. Ends March 28.

“LIMITING Entropy” is an art exhibition connecting visual art with poetry, where artist Tony Curran and poet Lachlan Brown collaborate to create explosions of strangeness through an alchemic process where the worlds of the 14-line sonnet and the 4:3 rectangle collide. ANCA Gallery. 1 Rosevear Street Dickson. Finishes March 19. The artists will be in conversation about their process on Saturday, March 18 at 1pm.

THE artists from Belconnen Artist’s Network have interpreted the theme in their show “Between Black and White” in individual ways, from Margaret Kalms’s black and white metaphors for emotions, spirituality and justice to Diana Davidson’s cranes in a white landscape with birdsong metaphors.  At Canberra Art Works. 8 Townsend Street Phillip. Ends March 27.

SPIRAL Gallery Co-operative celebrates its 20th year with an Anniversary Exhibition at The Q with artwork by 57 of the 72 past and present members of the Co-operative. Many of the exhibiting artists are well known to Canberra-Queanbeyan audiences: Annie Franklin, Poppy Benton, Veronica O’Leary, Tanja Riese and others. The Q Exhibition Space in Queanbeyan. Until March 18.

THE newest exhibition, at Kyeema Gallery is “Desert Dreamings”, a selection of works by Indigenous artists of the central and western deserts in WA, SA and the NT, with two paintings by a well-known Alice Springs artist, Sarah Brown. All proceeds go to the Pukatja Fund to establish the first community-based renal dialysis centre at Ernabella. Capital Wines Cellar Door. 13 Gladstone Street, Hall Village Court. Thursday to Sunday, 10.30am-5pm, ends March 12.

PHOTOACCESS presents “Planetary Gardening”, a group exhibition curated by Ashley Lumb and Laura McLean. Through varied applications of photographic processes, the show explores the symbiotic relationships between the cultural and the chemical, the organic and the technological, and the agency of human and non-human actors. In the Huw Davies Gallery Manuka Arts Centre, corner of Manuka Circle and New South Wales Crescent. Finishes March 26. 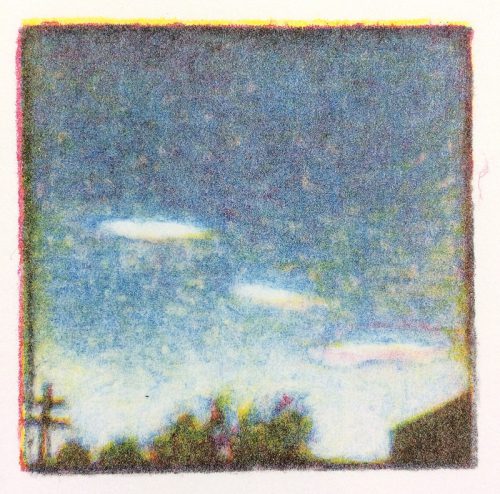 CRAFT ACT has joined forces with the Corning Museum of Glass, Corning USA, to create a great exhibition curated by Mel George, inspired by glass history, its current makers and its future. Also they have “Code X: Contemporary Book Binding”, in association with 2017 Australian National Conference of Bookbinders, which will be held in Canberra, to March 27, Craft ACT, the North Building, Civic.

NATALIE Maras (former Artist in Residence at the CSIRO National Research Collections) is presenting fine handmade polymer and mixed media works at the Australian National Botanic Gardens until March 13. For the duration of the exhibition, Maras will be teaching a variety of adult and family workshops. Bookings are essential to anbg.gov.au

PAINTERS Margaret Carr and Isla Patterson have an exhibition called “Pathways of our Lives” at the Bungendore Fine Arts Gallery, 42b Ellendon Street, Bungendore. Running everyday through March, 10am-4.30pm.

“DEFINING Moments” is an exhibition acknowledging the moments of success and of disaster that demonstrate the pivotal role each has played in the journey of husband and wife by glass artists Matthew Curtis and Harriet Schwarzrock. At Canberra Glassworks, 10am–4pm, Wednesday to Sunday, until March 26.

THE National Portrait Gallery’s summer exhibition, “The Popular Pet Show”, on display until March 13. “Family space: Pets Backyard” is a program of creative activities inspired by the exhibition.

“VERSAILLES: Treasures from the Palace” is still at the National Gallery of Australia, until April 17. THE Photography Room at Kingston Bus Depot presents three new exhibitions by artists Sean Davey, Spiro Miralis and Dimitri Mellos running until March 12.

THE Royal Australian Mint is now showcasing the story of Stuart Devlin, Geelong-born designer of Australia’s circulating coins and goldsmith and jeweller to Queen Elizabeth II in “The Designer with the Midas Touch”. Until April 2017.

AMIEL Courtin-Wilson’s winning digital video work “Charles” 2015, will be on display with six other finalists in the Digital Portraiture Award 2016 exhibition which is open to the public at the National Portrait Gallery until Sunday, April 9.

“THE Sell: Australian Advertising, 1790s to 1990s” at the National Library of Australia until April 25. FREE exhibition.

THE Australian War Memorial has “The Holocaust: witnesses and survivors”, a show that includes over 85 collection items.