Home Arts & Entertainment Art Arts / What’s on and where in Canberra this weekend?
Share Canberra's trusted news:
Facebook
Twitter
Pinterest
WhatsApp
“REEL Inspiración” is the theme of anniversary Spanish Film Festival, playing at Palace Electric Cinema for almost three weeks until May 7, with 39 films. Watch out for “The Queen of Spain” starring Penélope Cruz as a 1950s Hollywood film star returning to Spain, Berlinale award-winning film “Summer 1993” and a retrospective on actress, singer and director, Ana Belén. bookings to palacecinemas.com.au 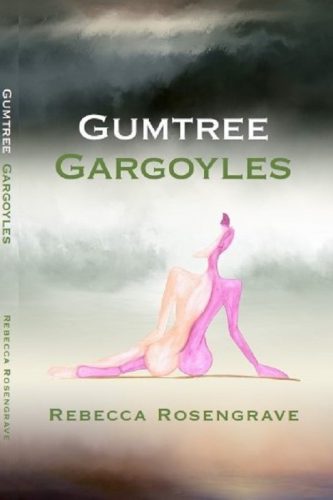 THE Makers Collective is a supportive community of makers and creatives who aim to empower women around the world to pursue creativity in business and in life. It is offering scholarships to the Makers Academy for online courses in business fundamentals, graphic design and photography, along with live workshops. Applications by May 12 themakerscollective.com.au

Scottish country dance classes for Beginners will be held St Andrews Presbyterian Church Hall in Forrest from 6pm to 7.15pm on Wednesday evening until June 7. Cost $6 per class. For more information visit rscds-canberra.org/ or phone Gill on 6281 1825.

REGISTRATIONS are open for a soft sculptural form-making intensive workshop with international artist Mary Little, at the ANU School of Art from April 22-23. Ability to use a sewing machine is essential and enrolments to ashley.eriksmoen@anu.edu.au are limited. Information about the artist is at marylittle.com

ACTING for the Fun of It Presents “Playing Shakespeare”, a six week course in playing Shakespeare. At the Hedley Beare Centre for Teaching and Learning, 51 Fremantle Drive, until June 1. Inquiries to course tutor Peter Wilkins at peterwilkins@grapevine.com.au or phone 0408 034373.

AUSDANCE ACT Open Class is continuing with advanced to professional level Wednesday classes from 10am-11.30am at the Belconnen Arts Centre, and now an evening class on Thursday evenings from 6.50pm-8.20pm at QL2’s Dance Studio for intermediate to professional level dancers of all genres. Inquiries to 6247 9103.

CIT Adult Short courses are held every first weekend of the month all year round at Canberra Glassworks. Costs apply and to find out more, email education@canberraglassworks.com

THE ACT Branch of the Design Institute of Australia is hosting a presentation by architectural photographer Darren Bradley called “Canberra’s Modernist Soul” in which he will take a visual journey and discusses how Canberra is “trading off its architectural soul”. At The Shine Dome. From 6.30pm, April 27. Bookings to eventbrite.com.au/e/canberras-modernist-soul-with-darren-bradley-tickets-33554241640?aff=erelpanelorg

“KURDIJI 1.0”  is an app being developed by Indigenous elders to help in the prevention of suicide among young Indigenous people. “Kurdiji” means “shield” in the Warlpiri language and “Citynews” writer Judith Crispin, who has been working with communities in the Tanami desert, tells us a crowdfunding campaign has been launched, with Uncle Jack Charles as its patron. So far, $31,076 has been raised of the hoped-for $280,000. You can contribute at  gofundme.com/mvc.php?route=category&term=Kurdiji Volunteer applications for the ninth Perisher Peak Festival running from June 9-12 are now open. Rewards include a free four-day festival pass, and the volunteer accommodation deal of three nights bed and breakfast, on-snow accommodation for only $165 per person, twin share. Apply to peakfestival.com.au/volunteer-applications/

POLLEN, a café featuring wholesome food and relaxed dining experience, is now open at the Australian National Botanic Gardens. Bookings to pollencafe.com.au or to 6248 9680.

CANBERRA Glassworks, with support from Capital Chemist, will provide an ACT School Residency to one student in year 11 or 12 who is attending an ACT College or senior school. To express interest, please download the 2017 application form from canberraglassworks.com/education/schools/act-school-residency/

ARTISTS have until April 30 to submit applications to M16 Artspace’s 2018 Gallery Program. M16 welcomes applications from artists and curators from Canberra, interstate and overseas. To apply, download m16artspace.com.au/down-load-application-forms/

THE Llewellyn Choir is working towards a production of Verdi’s “Requiem” at Llewellyn Hall on May 20. One of its staunchest members, Michael Braund, has embarked on a 2500kms ride to raise funds for the performance. To chip in, email mandolin@webone.com.au or phone 0405 257802.

FOUR Winds in Bermagui has a “dollar-for-dollar” Creative Partnerships Australia grant, which is a funding program with its target to raise $55, 000 by mid-May 2017. Donate at fourwinds.com.au/support/creative-partnerships/

APPLICATIONS are now open for the Playing Field Studio 2017 Community Arts Residency Program for use of the Civic studio in July (Term 3), October (Term 4) Terms and January 2018. Email playingfieldstudio@gmail.com or 0468 749711 for an application form and more information. Submissions close at 5pm, Friday, April 21.

AUSDANCE ACT’s “Escalate II”, a youth mentoring program for Canberra region based dance artists, is now open to dancers aged 16-26 years who want to dance, create dance and explore different movement styles. Applications are encouraged from all styles of dance — ballet, Indigenous, hip hop, contemporary, Indian, Chinese, Korean, Ballroom and physical theatre — who want to work alongside industry professionals to develop and stage a work as part of a season in September 1-3. Applications by April 27 to escalate.org.au 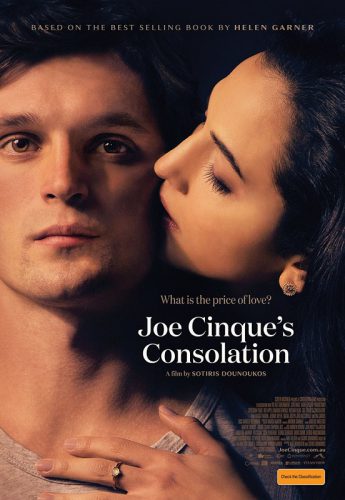 SET in Canberra with scenes shot on the ANU campus, the AACTA-nominated film “Joe Cinque’s Consolation” makes its way to the ANU FILM GROUP for a Q&A screening with director Sotiris Dounoukos. Based on Helen Garner’s book of the same title, the film details the events leading up to the planned murder of Joe Cinque by his girlfriend, Anu Singh. Coombs Theatre, corner of Fellows and Garran Roads, 7.30pm, Friday, April 21. Membership ( annual, semester or weekly) at anufg.org.au

CONCLUDING the “Book Heroes on Screen” season at the National Film and Sound Archive’s Arc Cinema is “Coraline”, 11am, Thursday, April 20, then “The Hunger Games: Mockingjay Parts 1 & 2,” 11am (Part One) and 1.20pm (Part Two) tomorrow, Friday, April 21. Bookings to nfsa.gov.au 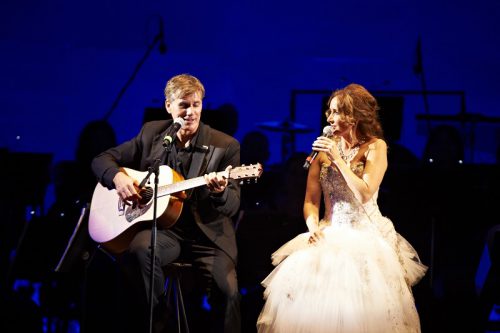 “The Two of Us” will see stars Marina Prior and David Hobson performing arias and songs from “La Traviata”, “The Phantom of the Opera”, “Les Mis”, “My Fair Lady” and “La Boheme” along with poplar numbers and Celtic music. Canberra Theatre, April 22 only. Bookings to canberratheatrecentre.com.au or 6275 2700.

CLASSICAL guitarist Matt Withers and dual ARIA award winning pianist and composer Sally Whitwell, will perform Nigel Westlake’s “Jovian Moons” and premiere Whitwell’s new work, at an intimate house concert in Rivett from 6pm this Saturday April 22. After booking via trybooking.com/pbxo the address will be given.

JEBEDIAH front-man Kevin Mitchell has released five albums under the alias “Bob Evans” and he’ll be playing at The Front Bar in Lyneham on Thursday April 20. Tickets sold at the door come with an exclusive six-track EP of unreleased material.

BILLY Bragg and Grammy- winning singer/songwriter Joe Henry will be performing songs from their new album “Shine a Light: Field Recordings from the Great American Railroad”, along with other favourites. At The Playhouse, April 20. Bookings to canberratheatrecentre.com.au 6275 2700.

GUITARIST and vocalist Jess Green will be launching the single “Pheno” from her CAPO-funded EP, “Pheno: ‘Dragon Year ”. At Smith’s Alternative, 7pm, on April 21, later heading for the Candelo Festival on April 22 and 23. Bookings for the launch to smithsalternative.com

THE Oriana Chorale returns to the musical genre, the madrigal, which inspired its name. The original “Triumphs” was a set of 25 madrigals published in 1601 to celebrate Queen Elizabeth I. Now at age 40 the venerable chorale is performing “The Triumphs of Oriana”, with a party to follow. University House, 5pm, Saturday, April 22. Bookings to trybooking.com

IN “Dad. Joke”, comedian Mark Swivel promises they’ll be only one dad joke per

“LES Miserables” by Free Rain Theatre, starting Peter Cousens, is at The Q – Queanbeyan Performing Arts Centre, to April 22. Bookings to theq.net.au or 6285 6290.

“ARTISTIC Soul Surfing” is the first major exhibition in a professional gallery space of work by the clients of Darryl’s Den, an inclusive arts and craft studio that provides people with disability access to instructors, equipment, resources and materials, overseen by Jerrabomberra artist and creative arts facilitator Kathleen Rhee. The exhibition is at The Q’s art space until April 29. All welcome.

SALLY Blake’s solo exhibition, “Fire and Rain”, features works on paper and canvas that explore the material possibilities of these elements and their capacity to shape the natural environment. At ANCA Gallery, 1 Rosevear Street, Dickson, until April 30.

MEGALO’S newest exhibition, “The Lady Botanist”, features screen prints and etchings by Erica Seccombe, who, in her ongoing exploration of the natural sciences, evokes the figure of the lady botanist, complete with hooped skirts. 21 Wentworth Avenue, Kingston, Tuesday to Saturday, 9.30am to 5pm. Runs to April 29.

GLASS-blowing virtuoso Tom Rowney and experimenter in would Zeljko Markov have a joint exhibition curated by Jane Cush running at Canberra Glassworks, Wentworth Avenue Kingston, until May 28.

“RUTH Waller: Vegetable, Mineral”, an exhibition of paintings and ceramics by one of our most distinguished artists and Head of Painting at the ANU School of Art, is now at the Nancy Sever Gallery. 4/6 Kennedy Street Kingston, until May 7, Wednesday to Sunday 11am-6pm. 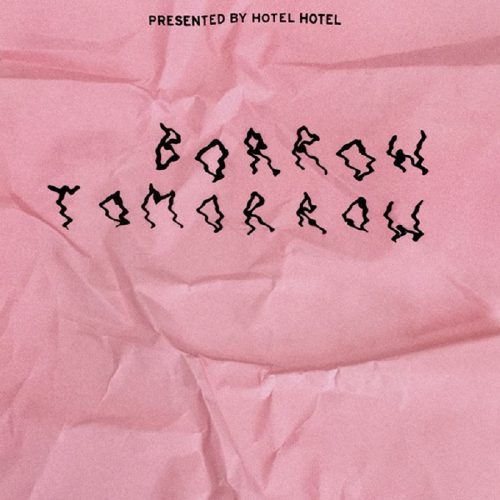 IN his new solo “Exhibition Borrow Tomorrow”, visual artist Luke Chiswell presents a series of paintings and sculptures that continues his exploration of objects using found materials from his hometown, Collector. Nishi Gallery, 17 Kendall Lane, NewActon until May 7.

QUEANBEYAN Art Society has an impressive 115 works hanging in the Gallery from the annual Queanbeyan Leagues Club Art Competition/Exhibition for the month of April 2017. The show is in the society’s gallery in Trinculo Place, under the bridge throughout April.

“THROUGH Our Eyes and Hands” is an exhibition of self-expression by young people from BCS Bungee after-school creative art classes in celebration of National Youth Week. At 5 gallery@bcs, Belconnen Community Centre, Swanson Court, Belconnen. Monday to Friday, 9am-5pm until April 28.

“WASTE Not, Want Not” is a solo exhibition of works by Eryka Garbutt in Gallery Two, Strathnairn Homestead to April 23. Garbutt is a local artist who has taken her love of discovering recycling materials to create art.

THE National Photographic Portrait Prize 2017 will be on display at the Portrait Gallery to June 18. The exhibition will then tour. The final works were selected from a national field of over 3000 entries from amateur and professional photographers. The finalists include photographers from every state and territory except Tasmania. Tony Fleming’s “Blue Pool in Bermagui”, NSW. 2017

“COMMON Ground” is the show by PhotoAccess member, showing with “FACE2FACE” by emerging artist Emilio Cresciani, who shot 55 portraits of friends and their rubbish for a week. It runs with At Huw Davies Gallery, Manuka, to April 23.

BOTANICAL artist Sharon Field has a solo exhibition in which she is showing 18 exquisite watercolour paintings of artefacts typical of summer in the Australian bush: remnants of a Christmas Beetle; chewed and scarred eucalyptus leaves, a yellow-winged grasshopper. At Suki & Hugh Gallery, 38A Gibraltar Street, Bungendore, until May 7.

BILK Gallery is exhibiting “Panorama”, a selected collection from a solo exhibition by internationally renowned artist Julie Blyfield that travelled to Ruthin Craft Centre in North Wales in 2015 and the Scottish Gallery in Edinburgh in 2016. Blyfield makes jewellery, small-scale vessels and sculptural objects. Palmerston Lane, Manuka. Runs to April 29

“SHORELINE” is an exhibition of works by Brenda Runnegar. At Altenburg & Co, 104 Wallace Street, Braidwood, to May 8.

SOUTH coast artist Sally Willbanks is now showing her recent work at X Gallery, 32 Gibraltar Street, Bungendore, in “No Place like Home”, a series of oil-on-canvas paintings, where she depicts semi-abstracted views of the world around her. The exhibition continues until May 8.

THE Royal Australian Mint is now showcasing the story of Stuart Devlin, Geelong-born designer of Australia’s circulating coins and goldsmith and jeweller to Queen Elizabeth II in “The Designer with the Midas Touch”. Until April 30.

THE Australian War Memorial now has as a permanent exhibition “The Holocaust: witnesses and survivors”, which includes over 85 collection items.