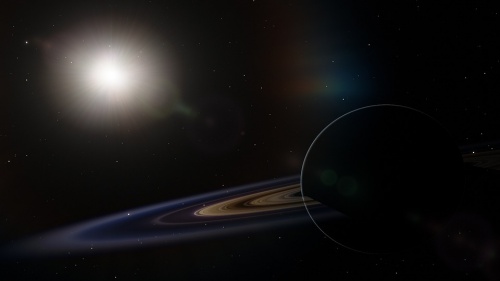 ASTRONOMERS at the Australian National University are farewelling the spacecraft, Cassini, as NASA prepares to deliberately plunge it into Saturn just before 10pm tonight (September 15), to ensure Saturn’s moons will remain pristine for future exploration.

Dr Brad Tucker from the ANU Research School of Astronomy and Astrophysics says Cassini has changed their understanding of Saturn and its moons – from the composition of the planet’s rings to the potential for life on Enceladus and Titan.

“As Cassini hurtles towards its final destination, we will be able to see as deep as possible into Saturn,” he says.

“It is an exciting time to understand our Solar System, and Cassini has set us up for future projects in the quest for knowledge and life.

“We must think carefully of what we do and be responsible stewards of our Solar System.”

Associate Prof Charley Lineweaver says the most impressive achievement of Cassini’s 20 year odyssey was the landing of the Huygens probe on the surface of Titan 12 years ago.

“The probe showed us a moon with an atmosphere 50 per cent thicker than Earth’s atmosphere above a landscape sculpted by methane rain, methane rivers and methane lakes,” says Dr Lineweaver.

“It is possible that life can be based on liquid methane rather than water.

“Another highlight is the discovery of jets of water, with some organics, spewing out of the south pole of Enceladus – another salty ocean in our Solar System. If hydrothermal vents are where life gets started, then maybe there is life inside Enceladus.”

Dr Lineweaver says Cassini’s demise would not be in vain.

“Arrivederci Cassini. You will burn up and become part of the planet that you have taught us so much about,” he says.

The final transmissions being received from the Cassini spacecraft will go to the CSIRO team at the Canberra Deep Space Communication Complex.

CSIRO’s Glen Nagle says given this historic significance of the event, it is just fantastic that the local CSIRO scientists and technicians, here in Canberra, are the ones to receive the final data.