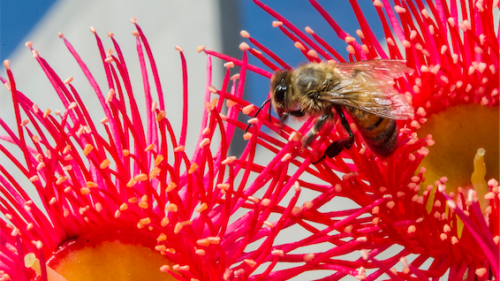 PARLIAMENT House will install three beehives on Friday evening as part of a push to arrest a decline in bee numbers.

Head gardener Paul Janssens said APH would be doing its part to protect Australia’s biodiversity with the installation of beehives.

“Bees matter to humans,” Paul said. “Without the pollinating power of bees, things like fruit, seeds and nuts can’t grow, which means we won’t see foods like potatoes, broad beans and tomatoes to coriander and chestnuts in Aussie households.

“That’s why APH will be installing three beehives to support beekeeping and pollination, helping to increase and protect the bee population in Australia.”

The three hives include an Australian designed and award-winning Flow Hive, which features a plastic in-built honey extractor that allows the honey to be collected without having to disrupt the bees or open the hive. The other hives are the Langstrogh Hive and a Top Bar Hive.

The first harvest of honey should occur within six months and the honey produced will eventually be available from the Parliament House Shop, as well as featuring in dishes served at Parliament House events.

The beehives will be installed in the natural landscape surrounding Parliament House on Friday evening, a time when bees are asleep and are therefore easy to transport to their new home.

The beehive initiative follows other national and international institutions with resident beehives including the Scottish Parliament, the White House, the parliaments of Western Australia and Queensland and Government House in Canberra. Beehives were also kept in the gardens of Old Parliament House in 1976, managed by the then Member for Holt, William Yates.

CityNews - October 28, 2020
1
Twenty-three suburbs in Canberra’s south and inner-south won’t get bins picked up on Monday (November 2) when drivers walk off the job as part of ongoing pay negotiations.