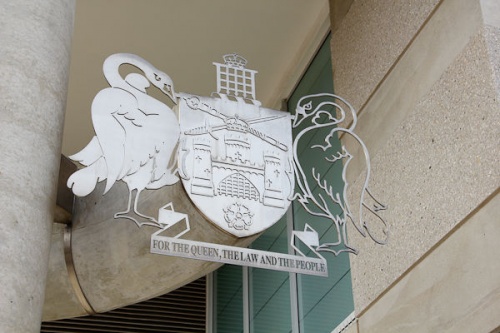 A MAN will face the ACT Magistrates Court tomorrow (August 4) after he threatened another man with a crowbar and stole his red Ford Mustang.

The threat occurred at around 9.55am in Yarralumla and police believe the 33-year-old offender had two accomplices who remained nearby in a white Volkswagen Golf. Both cars were last seen fleeing the area, traveling at speed along Novar Street, Yarralumla.

Police conducted an extensive search for the vehicle and at around 12.30pm located it at the 7-Eleven on Dalby Street, Fyshwick.

As police approached the vehicle, one man fled and after a short foot pursuit, was apprehended. The two other occupants still inside the Mustang fled the scene.

Not long after, at about 12.40pm, police located the Mustang in a car park in Manuka.  Police are still seeking the two other occupants of the car.  The driver can be described as male and at the time he was wearing a light coloured t-shirt and black hat.

ACT Policing is urging anyone with information about the incident to contact Crime Stoppers on 1800 333000.

A SECOND man has been arrested in relation to the aggravated robbery in Yarralumla yesterday morning (August 3).

The 23-year-old man from Griffith is believed to have been involved in the robbery of a Ford Mustang GT and was seen by police driving the vehicle when he fled with the car after being approached by police in Fyshwick.

He has been charged with a number of traffic offences and is expected to face the ACT Magistrates Court this morning (August 4).