AN enthusiastic crowd packed into Ainslie Arts Centre for the launch of a jazz album by Bella Groove, (“Beautiful Groove”) the band led by vocalist and flautist Elise Walsh, a reminder that this city was once a serious contender for the title of jazz capital.

Walsh, though trained at the University of Newcastle’s Conservatorium, now conducts a flourishing teaching business in Canberra, from which she leads her band and writes original music and lyrics. The album, conceived by Walsh, includes five of her original pieces.

The concert opened with the lively title number, Walsh’s own “City Lights”, followed in a similar vein by Herbie Hancock’s “Cantaloupe Island”, a chance for Walsh as vocalist to interpret Mark Murphy’s quirky and sophisticated lyrics. 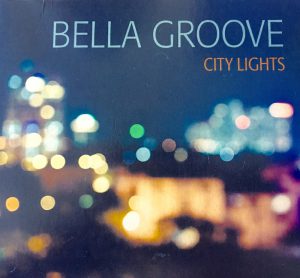 The tone of the concert was light, with Walsh identifying supporters in the audience, including backup singers Juanita Cucinotta and Francine Minjoy.

Her musical interests are eclectic. With standards like Ann Ronell’s “Willow, Weep for Me” to and Rahsaan Roland Kirk’s “Serenade To A Cuckoo”, the concert was an object lesson in balanced programming, allowing for compositions like Walsh’s “Tamar Dreaming”, arranged by Rufus to show her flute-playing skills and “Naima”, where her lyrics, a tribute to a deceased friend, were written to the 1959 John Coltrane number. Barrett’s lovely, liquid keyboard heightened the poignancy of this piece.

Elsewhere the driving anticipation of Walsh’s “Open Your Mind” was in marked contrasted to Charles Mingus’s “Nostalgia in Times Square”, which saw a playful battle between Bukovky’s muted trumpet, Mackey’s sax and Walsh’s vocalising.

Many of the numbers reflected the challenges of today, none so strikingly as the Walsh/Barret composition “City of Yes”, with its call to challenge the status quo of modern life.

But Walsh knows the value of keeping an audience happy, so this concert concluded on a popular note, with the Ashford and Simpson number, “California Soul”.