Australian composer and pianist Penelope Thwaites, wrote all the music for this concert and “Missa Brevis”, which was composed to ancient Greek and Latin texts was next. For this setting, it was the full choir of 17 women and men. Colleen Rae-Gerrard joined the group on her 1915 Steinway grand piano, along with the mezzo-soprano Veronica Thwaites-Brown who is the niece of Penelope Thwaites. The Agnus Die of the mass, which began with a dark and deep arrangement, soon blossomed into a full-voiced song with excellent harmonisations.

A “Reverie” followed for solo soprano Greta Claringbould and Emily Leong on piano this time. Claringbould’s rich clarity along with her excellent articulation made this piece stand out.

A song titled “Forestry”, was sung next by the tenor Raphael Hudson. His strong voice and clear diction are exceptional. He has a particular emphasis on the placement of his lyrics, and he made each word clear and expressive.

The tenor Ken Goodge joined the other singers for a song-cycle called “A Lambeth Garland”, accompanied by both pianists on the Steinway. It consisted of six songs, very much in a theatrical setting that reminded me of the type of music you could have heard in the old English music hall days of the Victorian period.

Gardens inspired each song, and one included some tuneful whistling by Goodge. These light-hearted songs had the singers reacting to their happy nature with wistful body movements and comical facial expressions. One song titled “An English Rose”, began with just the four singers, it made a poignant musical statement.

After the interval, the children’s choir Hawker Harmonists from Hawker Primary School sang a short piece titled “Have you any Shelter?”. All sung their hearts out; there are a few budding performers in this small choir.

“Ride! Ride!” was a highly entertaining work sung by Thwaites-Brown and Claringbould who played out a villainous character. Claringbould sung, swilled wine and generally played up during this highly animated performance; it was a hoot.

Thwaites’s “Five Shakespeare Songs” came next. “When Icicles Hang by the Wall”, from “Love’s Labour’s Lost” was the highlight of the day for me. The music made you feel the icicles, and the dark words of Shakespeare gripped with a wet black coldness.

“A Wedding Gloria”, sung by the whole choir and Rae-Gerrard, this time on the organ, filled the church with a full strong ambience. Thwaites wrote this for her daughter’s wedding. 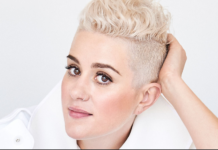 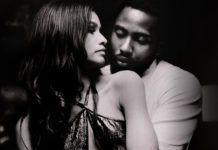 Wendy Johnson - March 2, 2021
0
Like many in hospitality, The Pop Inn went digital, launching an online shop and delivering wine during shutdown. Now the team is re-energised and back, says dining reviewer WENDY JOHNSON.