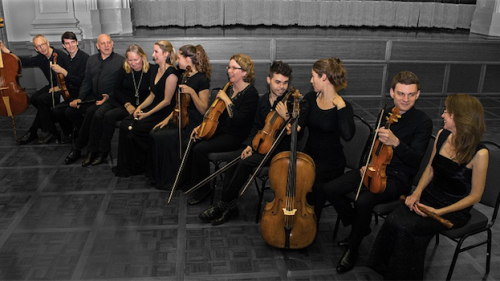 WHO wrote or said what? We’ve probably all misattributed a quote, a book title or a saying to the wrong person, but in music there are many misattributions, as we found out in the latest concert by Salut! Baroque.

Beginning with, and “supposedly” written by George Philipp Telemann (actually this was) his “Concerto in F Major for three Violins”, fills one’s ears with its many tunes, which all happen at once. This work does not sit still, not even in the largo. It was an energetic opening to the concert.

A truly anonymous piece came next, titled “O come, O come Emmanuel”, sung by soprano Amy Moore, sounded like a renaissance work rather than a Baroque piece. This song produced some lovely sounds for the soprano and for the recorder parts. Moore’s voice is clear and strong and sits perfectly above the instruments.

Who wrote “Greensleeves”? Was it Henry VIII? Whoever wrote it probably never thought it would survive so long. This instantly recognisable song never fails to please no matter how it’s arranged, not even if it’s for heavy metal music; yes, that exists. For the trio of soprano, cello and harpsichord that performed this perennial favourite, this song, while many centuries old still captivates its audience.

The tone of the alto recorder blends so well with the harpsichord, and in the “Concerto a 6 in C Major”, misattributed to Pierre Prowo, but actually written by Johann Christoph Schultze, perfectly caught that unique blending over its four movements. The piece also contains two violins and cello, but the recorders and harpsichord drove the music and stood out in this strong and delightful concerto.

The next work was an exquisite setting of “Ave Maria”, misattributed to Giulo Caccinni but actually written by Vladimir Vavliov, could set the hardest heart at ease. The soprano’s voice floated over the instruments like a cloud. The quality of this performance was worth the price of admission alone.

The “Trio Sonata in C minor”, for two recorders, cello and harpsichord as basso continuo, misattributed to Johann Friedrich Fasch, but written by none other than JS Bach had an unusual and slightly unclear tone throughout. While it created a unique experience, I found it hard to believe that it was written by Bach.

Handel’s well-known Aria “Ombra mai fu”, from his opera “Serse”, produced another ethereal experience from the soprano and players.

The final work, “Concerto Armonico No 5 in F minor”, by Count Unico Wilhelm van Wassenaer, didn’t give the ending of the concert I was hoping for. It lacked style and interest compared to the other works played in this fascinating concert of misattributions.