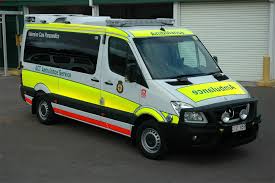 POLICE are seeking to identify a man after he was found in a serious condition in Hawker this morning (August 14).

The man was located by a person in Woolner Circuit, at around 8.30am, but was only found with a set of keys and no identification. ACT Ambulance Service attended and the man has been transported to hospital.

He is described as Caucasian in appearance, about 60 to 65 years old, 180cm tall, of a medium build, a short grey manicured beard and grey hair, bald on top. He was wearing a black jacket, white t-shirt with a multi-coloured emblem, dark coloured pants and dark runners.

CityNews - October 30, 2020
0
More than a week after Canberra recorded its first active coronavirus case in months, it has returned to being covid-free.