THERE was never going to be any mystery about what we’d see in the 2019 Canberra International Music Festival if director Roland Peelman had anything to do with it – it was always going to be Bach, Bach and more Bach – Johann Sebastian, that is.

And, Peelman will reveal it to a crowd of music lovers at Craft ACT: Craft and Design Centre tonight (November 12), outlining the 2019 program, which celebrates 25 years of the event.

“We have chosen the music of JS Bach as our central focus,” Peelman says.

“Bach as a universal figure in music… Bach as an anti-fashion icon… Bach is a master of counterpoint and a potent symbol for today’s multiplicity of voices.”

Few in the music world would argue with that. To mathematicians, Bach is still the master of complex numerical interactions, jazz lovers always say: “Bach swung” and music appreciators the world over still flock to any string work by the master, as well as any of his great, sacred oratorios.

Peelman says he wants to “rejoice in the ever-deepening mastery of baroque specialists from Australia and Europe, their quest to reveal the intricate fabric of Bach’s perpetual musical flow”.

One such will be Canberra born-and-bred violinist Kristian Winther, who will play not just one but ALL the Bach violin solo works in one day.

“This music reaches to the heavens in the most fiendish and devilish way, yet yields the greatest of rewards,” Peelman says, and the idiosyncratic Winther is just the person to do it.

Bach, he says, is always being “re-discovered, re-imagined and re-mixed”, so Peelman is jumping, boots and all, into deeper territory, saying: “We want to unlock the roots he left in the Central Australian desert amongst people who had never heard of prelude or fugue.”

He has engaged didgeridoo artist William Barton and the Ntaria Ladies Choir of Hermannsburg to perform JS Bach chorales in Arrernte or Aranda language.

There will be plenty to please traditional festival followers. The opening will feature two Bach concertos played by the combined forces of Bach Akademie Australia and young Belgian harpsichordist and conductor, Korneel Bernolet.

Bach Akademie Australia, directed by Madeleine Easton, will perform music that shaped Bach, Vivaldi, Buxtehude and Pergolesi, and the St John Passion will take the stage at the Fitters’ Workshop.

But quirkier offerings abound and include: “Brexit Blues” where the Brodsky Quartet from England teams up with Quatuor Voce from France; Andrew Schultz’s operatic transformation of Helen Garner’s novella, “The Children’s Bach”; Moorambilla Voices with Canberra youth choirs and Canberra Youth Orchestra; a French extravaganza called “‘Shall We Dance?”; and Australian Brandenburg Orchestra and Brisbane’s company C!RCA in an “explosive” new collaboration of contemporary circus and the baroque.

There’ll be “Bach for Breakfast”, “Bach on the Mountain”, “Bach in the Magic Garden” – you name it. 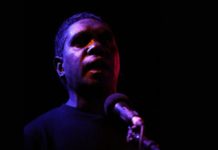 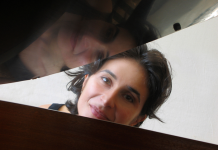 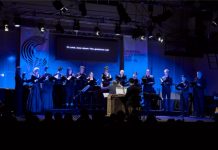 Helen Musa - August 11, 2020
0
THE National Library has re-opened its galleries to the public with an exhibition, “Australian Dreams: Picturing our Built World”, writes arts editor HELEN MUSA in her weekly "Arts in the City" column.