Hassell was presented the Canberra Medallion by Planning Minister Mick Gentleman for the AFP facility, which also took out the John Andrews Award for Commercial Architecture.

Australian Institute of Architects ACT jury chair Rob Henry said: “This brief could so easily have succumbed to an explicitly defensive architecture. Instead, the Forensics and Data Centre extracts generosity and openness… to engender a collaborative and collegiate workplace.”

“Swan” by Collins Caddaye Architects, a bold home on a semi-rural property, seven years in the making, received the Malcom Moir and Heather Sutherland Award for Residential Architecture – Houses (New).

The Emerging Architect Prize was awarded to Shannon Battisson from The Mill: Architecture + Design, while the late Robert Foster was acknowledged for his contribution to art and architecture through the Lifetime Contribution Prize.

A total of 38 named awards, awards and commendations were presented on the night from a record field of 58 entries. The named award and award winners will now progress to the National Architecture Awards to be announced in Melbourne on November 1.

Commendation – High Commission of Samoa in Australia by Cox Architecture

Commendation – The Link by CCJ Architects 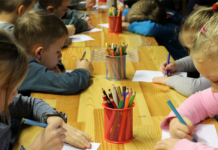 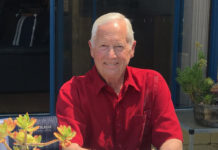 CityNews - February 26, 2020
0
Days out from the beginning of the Enlighten Festival master photographer ANDREW CAMPBELL sneaks some photos at a light rehearsal last night (February 25).