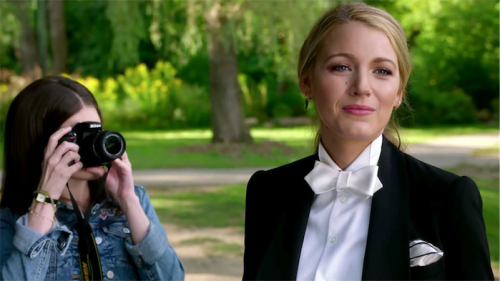 IS it a comedy? A chick-flick? A thriller? A mystery?

Not one of those labels on its own adequately describes the genre of this clever little movie written by Jessica Sharzer adapting Darcey Bell’s debut novel and directed by Paul Feig.

Its most egregious element is the way it observes the development of the chalk-and-cheese relationship between go-getting rich-bitch corporate executive Emily (Blake Lively) and mousey housewife Stephanie (Anna Kendrick) supporting herself by making video-blogs of day-to-day exciting moments in her kitchen.

Quite early in the film, you could be forgiven for wondering why Stephanie should succumb to the blandishments of friendship that Emily tosses her way. The only apparent connection is that each has a small son in the same class.

Was their meeting pure chance? Why should Emily invite Steph to her house to share Emily’s large supply of vodka? This is the first indication of something amiss. And its consequences portend more than Emily’s alcoholism. Finding the real reason is the first step along a crazy pavement of events leading to murder. Murder of whom? To reveal this would be to spoil the amateur sleuth lurking in the soul of every dinki-di film lover. The implications pop up with increasing frequency.

What’s not to like about “A Simple Favour”? It may not challenge our brains but it’s great fun and quite satisfying when it starts to unravel the mystery. Kendrick and Lively carry the main burden of the plot with style. Lively is drop-dead spectacular. Kendrick’s high-speed vocal delivery may annoy people who want to think about what she’s saying in this sentence before beginning the next.

And for readers consulting their dictionaries about the meaning of “egregious”, it can be “outstandingly bad” or “remarkably good”. See the movie, make your choice.