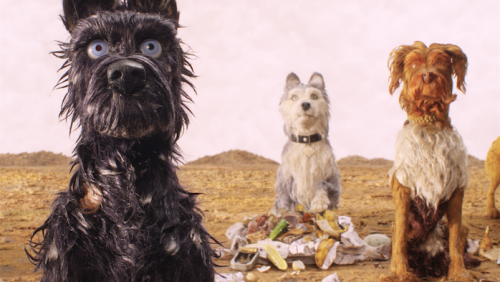 ESSENTIAL for understanding this bilingual animation is the ability to read subtitles quickly.

Which means that small fry are unlikely to get much from Wes Anderson’s latest film in which a cast of English-speaking voices combines with subtitled Japanese voices to tell a story of political anxiety in which the good guys are mostly street dogs and the baddies are politically unscrupulous humans.

The conflict has several foundations stemming from an epidemic of dog flu that leads Megacity mayor Kobayashi (voice of Kunichi Nomura) to command that all the prefecture’s canines are to be removed to quarantine on Trash Island although Professor Watanabe (Akira Ito) is close to finding a cure. One of the dogs, Spots (Liev Schreiber) is the beloved companion of Kobayashi’s 12-year-old orphaned nephew Atari (Koyu Rankin).

Atari hijacks a light aircraft and flies to the island to search for his friend. When he crashes, five dogs, led by Chief (Bryan Cranston) come to his aid. Chief and Atari are the film’s leading good guys. Chief resents humans.

The byzantine complexities of the plot are considerable. Suffice it to say that their delineation and devolution combined with the film’s bilingual elements make “Isle of Dogs” an intellectual minefield, which its human, canine or feline characters work hard to negotiate. The screenplay delivers an ongoing polemic addressing the issues besetting our time.

“Isle of Dogs” offers a viewing experience that Wes Anderson fans will very likely enjoy adding to their lists of goodies. But even if you’ve never yet seen his work, its eclectic flavour offers a challenge for lovers of the moving image to confront. 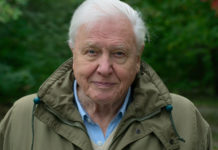 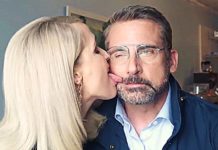 Sleeping man stabbed after waking to a robber