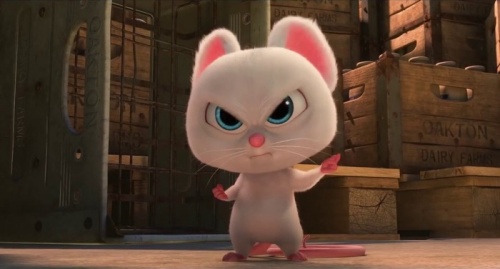 THREE stars for a kids’ animation? Why not, when the content is two-dimensional enough not to confuse a young audience?

From an independent Canadian production house and a savvy marketing firm, “The Nut Job 2” is, as its name proclaims, a sequel. Sequels don’t normally follow box-office flops. I didn’t see its predecessor. Time alone will tell whether there will be a further sequel.

I sat among a predominantly single-digit-age-group audience. They laughed at some quirky bits. They gasped at tense moments. They were respectfully silent for most of the film’s 91 minutes. Observing these responses, I concluded that writer/director Cal Brunker understood his target audience quite well.

“Nut Job 2” is dramatically two-dimensional, a useful quality for a kids’ movie. Set in a fictional city, the small animals that live in the park get together to oppose the Mayor’s decision to bulldoze its vegetation and build a money-making amusement park on the site. The Mayor is patently the film’s villain. On the next tier down is his spoiled daughter. Below her is the Council animal trapper.

Little furry and feathered folk, beware. The forces arrayed against you may be few in number but they’re formidable.

Leading the opposition to the Mayor’s plan are squirrels Surly and Precious. The forces they recruit include a pair of small dogs who have found love, a rat that never speaks but is devoted to Surly, groundhogs, other small forest dwellers and a plague’s-worth of white mice led by Mr Feng – “Don’t call me cute.”

Most of the film’s second half depicts the weak joining forces to overthrow the strong. Destruction reigns. The police arrest the Mayor on a relatively trivial charge. The townsfolk demand restoration of the park. Roll closing credits.