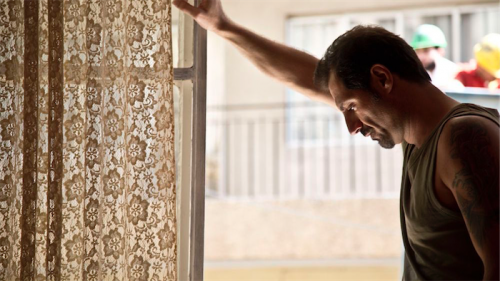 TELLING of conflict between a Muslim and a Christian over a petty domestic issue may not betoken a box-office blinder but by golly, writer/director Ziad Doueiri’s film applies powerful creative muscle to illuminate the ability of little disputes to inflate themselves to the edge of society’s ability to control and the unexpected consequences thereof.

It’s to the credit of the Academy of Motion Picture Arts and Sciences that it nominated “The Insult” as Lebanon’s entry in this year’s best foreign-language film category. It didn’t win, but to my mind, getting nominated is no less important than winning.

Christian garage owner Tony (Adel Karam) and his pregnant wife live in an upstairs Beirut apartment on the tiny veranda in which is a leaky water pipe. Building management sends Muslim refugee Yasser (Kamel El Basha) to repair it. Tony refuses permission to enter the apartment but Yasser in a spirit of generosity goes ahead. When Tony gets home, he smashes the repaired pipe. That sets off a conflict that finishes in the Supreme Court.

The plot follows the development of the argument perhaps more than it warrants. Knowledge of Middle Eastern history involving conflicts between Muslim and Christian faiths might help in understanding where it’s going. But “The Insult” is definitely not a polemic about different faiths. Both men are honest and hardworking. Yasser wants Tony to apologise for a chance remark. Tony believes the heat-of-the moment sentence insults him and his faith.

When the argument comes before an appellate court, the film sparkles with forensic fire between counsel, two marvellous performances from prosecutor Wajdi (Camille Salameh) and his daughter Nadine (Diamand Bou Abboud) defending. Which side wins? Finding out is less important than getting there. Alone in a small cinema space, I felt very good about having watched the case progress.