IN the dizzying European summer of 1990 a former Canberra public servant took part in a defiant street demonstration in Berlin directed against the looming disappearance of the East German state.

The name of this diehard was Fred Rose. Though a loyal East German resident, he was no dull automaton.

The biography of the “Red Professor” Fred Rose, by Flinders University academics Peter Monteath and Valerie Munt, fleshes out Rose’s spectacular trajectory from pre-war England to life in Canberra in the Petrov years before ending up in East Germany.

Rose was born in suburban London in 1915. In 1933 he progressed to St Catharine’s College, Cambridge, where he developed an interest in anthropology.

To pursue anthropological work Rose decided to migrate to Australia in 1937 where he secured employment as a meteorologist in WA and the NT.

Once in the outback Rose made a beeline for non-European communities including in particular on Groote Eylandt. He accumulated heaps of research material relating to marriage and kinship arrangements on which he drew for years to come.

In 1942, Rose joined the Nedlands branch of the Communist Party in Perth. 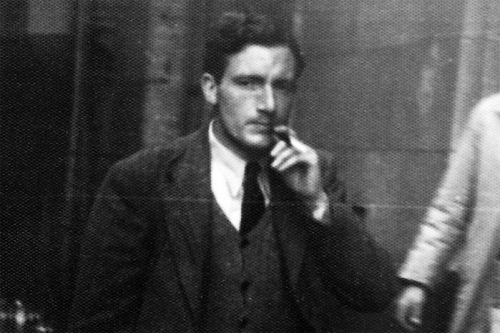 He gravitated to Canberra after the war and in 1949 became a principal research officer in the Department of External Territories.

He lived in a brick house in Turner with his wife Edith. Their modest Froggatt Street residence – still mostly unchanged when I last saw it – was fated to become part of Canberra’s Cold War history.

In 1950 Rose arranged a meeting at his home between a fellow public servant June Barnett, from the Department of External Affairs, and Wally Clayton, a Communist apparatchik who specialised in channelling secret Australian government information to Soviet intelligence officers.

After being introduced to each other Barnett and Clayton took a stroll around Turner. In the course of their conversation Clayton asked Barnett if she was interested in providing him with any information from her department.

Barnett rejected this attempt to suborn her on the spot. She later told ASIO of her Froggatt Street encounter.

Her revelation led to Rose having to appear before the Petrov Royal Commission of 1954-55, but his testimony conveyed little of consequence.

And by now he was an ex-Canberra bureaucrat, having abandoned his public service career early in 1954 amid concern that he was very likely a security risk.

After Canberra, Rose did some farming on King Island in Tasmania and worked on the waterfront before becoming a Cold War émigré.

In 1956 he migrated to the German Democratic Republic where he got an academic appointment as an anthropologist.

From 1962 until well into the 1980s Rose paid regular academic field trips to Australia.

These visits attracted a mixed reception. For example, his presence may well have troubled the activist Charles Perkins who, we discover from authors Monteath and Munt, was worried about unwanted Communist Party influence on indigenous organisations.

The last significant Australian whom an ageing Rose encountered was the journalist Richard Carleton who interviewed the exiled anthropologist when making a television documentary on the collapse of the Berlin Wall.

Rose was buried in an unmarked grave in 1991 when he died just a few months after the Carleton interview. A copy of the Monteath and Munt’s 2015 biography “Red Professor: The Cold War Life of Fred Rose”, which offers more about life among the intelligentsia in Canberra during the Cold War years, is available in the ACT public library service.

CityNews - August 7, 2020
2
The ACT Greens have slammed Planning Minister Mick Gentleman, saying they're outraged that he used call in powers to override the development application for Common Ground Dickson.