“Coming back home after the hurly-burly of Sydney is always a joy. It’s not all glitz and glamour on the publicity trail,” says The Gadfly columnist ROBERT MACKLIN.

THE story so far: our hero (yours truly) has just launched his new book, “Castaway”​, ​the true story of a French cabin boy abandoned on a north Queensland beach in 1858 and despite his (my) terrors, the interviews and events have all been going swimmingly, but then… 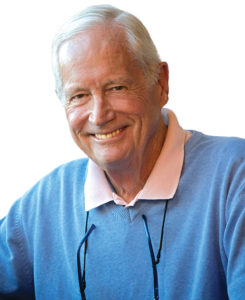 We’d had a little negotiation with Canberra’s Dickson Library. They’d invited me to give a talk there on a Saturday morning and promised a really good roll-up. I was delighted. Coming back home after the hurly-burly of Sydney is always a joy.

I always read my talks before throwing the meeting open to questions. The read calms the nerves and dispenses a bothersome frog in the throat. But a lectern is necessary for the notes and the Dickson lady said the ACT Library system’s only one was elsewhere and instead they gave me a microphone. I tried to explain that a mic would only make matters worse, and very reluctantly, she said she’d see what she could do.

It was a bright Saturday morning and my publicist seemed confident that all was well. But just in case, I slipped around to Better Music in Phillip and bought a heavy silver music stand ($98.50), which they kindly assembled, and popped it into the boot. I thought about loading the remainder of my free “Castaway” copies in case the Dymocks guy ran out, but thought, “Don’t kid yourself; it’s not ​that popular, not yet anyway”.

So at the appointed hour, wife Wendy and I jumped in the car and tooled along by the new light rail line, noting that the trams were all pretty much empty. “Not good for a Saturday morning,” we thought.

Found a good parking spot at Dickson shops and I humped the new “lectern” into the library, pausing to note that there was no poster advertising the big event.

“Probably booked out,” said Wendy, “so they took it down.”

That seemed fair, though a flash of apprehension did streak across the innards. However, once inside there did seem to be lots of eager attendees milling around and I relaxed.

Alas, too soon. “I’m terribly sorry,” cried the middle-aged lady librarian, her hair flying every which way, “we only just heard about your talk… and nothing’s done.”

Then a second librarian appeared, a tall, thin chap with the air of a startled fish in a bottle.

“We were double booked,” he burbled, “but we saved the little room at the back. They only told us you were coming 20 minutes ago.”

I swallowed, silently cursing that I’d left my copies way over on the southside. “Have you called them?”

By now the librarian with the hair had disappeared in a whirlwind of her making and the eager buyers – mostly women – were making their way to the storage cupboard called the small room.

“Well at least grab a few of your own copies, so they’ll see what it looks like,” I suggested (through gritted teeth) to the male librarian and off he went, reappearing ages later with two different books of mine from 10 and 12 years ago, both showing unmistakable signs of wear. “They’ve all been borrowed!”

So, as I raised the silver “lectern” to a suitable height, I said: “Well, why don’t you just introduce me and away we’ll go.”

“Okay,” he said, turning to the audience, “I’m terribly, terribly sorry…” and fled.

The assembled folk were very understanding. They chuckled sympathetically as I began: “Well, I guess that’s the intro…” And that’s when the bothersome frog seized the throat in its clammy grip…

Ah, the glamour of authorship.