A COMEDY staged by the Lieder Theatre Company in Goulburn aims to raise funds for multiple sclerosis research.

“Fire in the Basement” by Czech Playwright Pavel Kohout is billed as “a quirky and sardonic farce”, in which a newly-wed couple are interrupted on their honeymoon by a band of irreverent firefighters who invade their basement love-nest to fight a blaze.

A limited two-week run at the popular Lieder Theatre will launch with a charity opening raising funds for multiple sclerosis research, in partnership with Trish MS Research Foundation.

The event will feature live music by local musician Greg Angus, drinks and nibbles donated by the Lewy’s Cafe, pre-show entertainment by circus artist Jack Bell, and the hilarious show itself.

“Fire In The Basement”, Lieder Theatre, 52 Goldsmith St, Goulburn, MS Fundraiser Opening Night, 6.30pm, June 19, then the season continues until Saturday, June 29, Bookings to liedertheatre.com or tickets at the door. 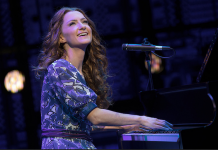