THIS weekend 40 regional music students will be taking part in orchestral tutorials with musicians from the Australian World Orchestra and the ANU School of Music in a four-day orchestra camp held in Goulburn and Canberra.

For the first part of this project, the students are hosted in Goulburn by Hume Conservatorium for two and half days of orchestral rehearsals, preparing major symphonic works by Tchaikovsky and Sibelius.

The students will then travel to Canberra on Saturday, July 27, for the Australian World Orchestra concert at Llewellyn Hall, followed on Sunday, July 28, by intensive tutorials with nine top players from the AWO.

The orchestra camp finishes on Monday, July 29, at ANU School of Music, where they will spend the day with ANU music lecturers and tertiary students, before giving a short informal performance for family and friends at the end of the day.

The regional music students selected for this opportunity range in age from 11 to 20 years. They are all members of Regional Youth Orchestra NSW, drawn from the Association’s 17 regional conservatoriums.

“We have young musicians coming all the way from Lismore in the north, Wagga down south, and from Armidale, Bathurst, Coffs Harbour, Dubbo, Grafton, Goulburn, Gosford, Muswellbrook, Orange, Tamworth and Wollongong,” says Vivienne Winther, who is the director of Macquarie Conservatorium in Dubbo, the co-ordinator of RYO NSW and the former Canberra artist of the Year.

“Our four-day program is packed with rehearsals, tutorials and attending concerts. At our previous orchestral projects, the students gained real insight into the life of a professional musician and several decided to pursue music as a career as a result,” says RYO conductor Patrick Brennan, director of Central Coast Conservatorium.

President of the Association and director of Northern Rivers Conservatorium, Anita Bellman, says the July project sees the orchestra collaborate for the fifth time with its major partner, the Australian World Orchestra, as well as for the first time with the ANU School of Music. 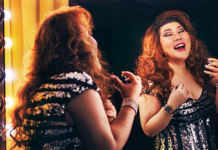 CityNews - February 17, 2020
0
Cancer and haematology inpatients can now receive treatment in a new 22-bed ward at the Canberra Hospital after it opened today (February 17).