THE National Museum of Australia yesterday (December 12) launched one of its most popular and unusual annual exhibition of objects chosen by state and territory nominees for Australian of the Year.

The eight 2020 Australian of the Year state and territory recipients were asked to select items which would tell the audience something about their lives, aspirations and experiences.

2019 Canberra nominee, Virginia Haussegger, who hosted yesterday’s launch of the touring exhibition, threw out the challenge to those present, asking: “What object would you choose?”

It hadn’t been an easy choice for her, she said, but she had eventually settled on a pink “pussy hat” knitted for her by Australian feminist Anne Summers over a coat gifted from former Governor General Quentin Bryce.

Director of the museum, Matt Trinca, also asked the question, “how do you select one thing to explain a life?” but said that so far the annual exhibition, co-hosted by the National Australia Day Council, had been very successful in presenting the stories of “extraordinary people who have done extraordinary things”, describing the exploration of their lives as “nourishing”.

In Dr Trinca‘s view, that nourishment was all the more important in the face of “a feeling of uncertainty about things occurring in our country”.

Looking on the positive side, he said: “When you see before you the example of people like this, you see an important way through.”

And since the exhibition would tour all around the country, many people would hear and see that message.

CEO of the Australia Day council, Karlie Brand, who joined Haussegger in encouraging everyone present to learn a little bit of the Ngunnawal language, commended the unusual focus of the exhibition, saying: “We often acquire objects to do nothing for our lives, but these move beyond their original stories.”

Haussegger went on to host a Q&A with several of the 2020 nominees such as women’s rugby league pioneer and 2020 ACT nominee, Katrina Fanning, Orthopaedic surgeon and NSW nominee, Munjed Al Muderis, educator and social entrepreneur and Queensland nominee, Rachel Downie and eye surgeon and SA nominee, James Muecke, quizzing each of them about their chosen objects.

Exhibition curator Laina Hall joined in the discussion, confirming that while some choices had been immediate and obvious to recipients, others took a while and some nominees were initially apprehensive about letting go their precious items, though all were reassured when they saw what care museum staff took with them.

“These objects have been kept for a reason and now, in being shared, enable us to connect with the recipients in a really personal way,” she said.

In the absorbing discussion that followed, each of the recipients present threw light on their selections.

Wiradjuri sporting pioneer, Fanning, chose the rugby jersey she wore during the first women’s test match against New Zealand in 1995, Al Muderis chose the book, “Last’s Anatomy” by RMH McMinn, he took with him when he fled Iraq in 1999, Downie chose a small ceramic bird made by one of her students before taking his own life, and Muecke chose a statue of Kahuna Akamai, the Hawaiian god of wisdom, acquired when he was 11 years old and even to a man of science, his guardian through years of study.

The 2020 Australian of the Year exhibition will be on display in the Gandel Atrium of the National Museum until February 16 and will then tour nationally. 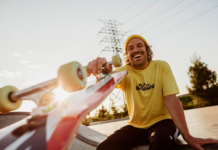 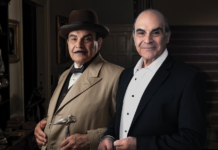