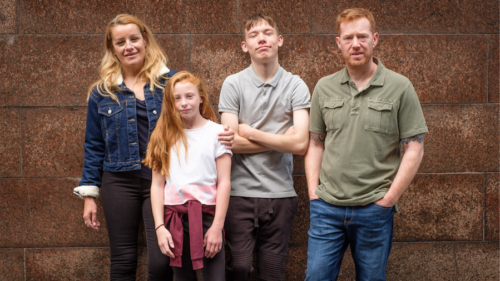 THE target market for English filmmaker Ken Loach is neither the class stratum in which his work plays out nor those in which the social environments in his films’ stories place the villains.

If that observation puzzles you, then it’s likely that even if, after you take my advice and see “Sorry We Missed You”, you don’t find it to your taste, it will have hit its target fairly and squarely. For that target is Everyman, whether victim, villain, hero or bystander, on whom every story is based.

“Sorry We Missed You” is about the Turner family confronting economic stringency, trying to battle its way out of debt, exploitation and internal turmoil.  For Ricky (Kris Hutchin), Abbie (Debbie Honeywood), 15-year-old Seb (Rhys Stone) and 11-year-old Liza (Katie Proctor), life has become a quicksand from which the more they struggle to escape, the deeper they become enmired.

Ricky takes employment in the gig economy. For him, being a driver with Parcels Delivered Fast is a new experience. His expectations that “it’ll all be over within six months” are a snare and a delusion.

Have you ever received a parcel delivered to the door by somebody asking you to sign for on a hand-held scanner. Abbie has sold the car she used to travel in her job as an aged and infirm carer to pay for the van that Ricky needs.

The van may be his (the alternative is to rent one from PDF at ₤65 a day) but the franchise belongs to the firm. PDF manager Maloney (Ross Brewster) may sound friendly but he introduces himself as “nasty bastard number one” who knows the rules top to bottom, inside and out, up and down.

Pay close attention. That scanner that you sign does more than confirm safe delivery.

A sense of hopelessness permeates the film as Paul Laverty’s screenplay develops the family’s attempts to survive. There’s no happy ending. But the film leaves a heap of admiration for them, a great cast and a powerful story to which even the hardest of hearts must surely resonate.