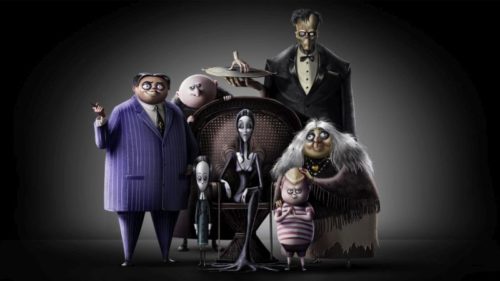 I OWN a folio-sized volume of some of “New Yorker” magazine cartoonist Charles Addams’ choicest imaginings of how things might have been in a household where macabre is the norm, cruelty is good, satire of contemporary society is the driving emotion.

Imitating Addams’ drawing style is a doddle for somebody with sketching skills. What marks his work was not so much the drawing style but the message each frame was sending. And Matt Lieberman’s screenplay for Greg Tiernan and Conrad Vernon to bring to the screen just doesn’t cut it.

The family has moved to a new old mansion on top of a hill. In the valley below, real estate developer and local reality TV show host Margaux (screeched by Allison Janney) is stirring community opposition to the ugly building. Margaux’s daughter and Wednesday Addams become chums and oppose Margaux’s campaign.

Frankly, I can’t understand why any self-respecting cinema chain would bother with this movie. The basic plot avoids taking risks. Words like “hackneyed” and “dull” come readily to mind. The egregious eye might discern some cleverly distasteful moments and images, but they don’t endure. Consequently it’s very bland and not really a reflection of Charles Addams’ style.

At Dendy, Palace Electric and Capitol

Six strategies to juggle work and young kids at home