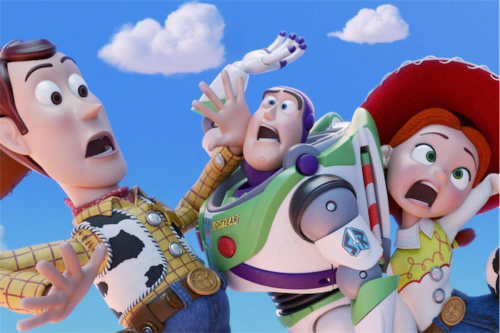 THERE’S a new toy in the box – Forky, made from a plastic take-away fork and a pipe cleaner, with facial features squeezed from a paint tube. Forky is not strong. Nor is he brave. But he’s smart enough to be in this Pixar movie.

I wonder many things about this fourth iteration of a world where, whenever humans aren’t watching, the inhabitants of the toy box, basket or bag come alive to have adventures mirroring their essential nature. I liked the first “Toy Story”. Version 4 did nothing to make me regret skipping versions 2 and 3.

Indeed, had it not been for pressing personal reasons, I wouldn’t have joined a small cohort mainly of youths in advanced adolescence, together with an even smaller cohort of young women, who neither laughed, shouted, booed, cried nor made any other response to version 4, which is neither interesting nor exciting.

Biased toward happy-ever-after, the “Toy Story” series is being made for a target child audience conditioned by what some might call the pernicious influence of TV. And therein lies the filmmakers’ quandary. Creative decisions behind American so-called kids’ movies are influenced not by children’s values but by adult perceptions of those values. The number of companies making dramatically and emotionally rational animated films to which children can sensibly relate is small and mostly Japanese.

I have no idea whether your child might like “Toy Story 4”. Or, more importantly, understand it. A peevish view might describe its societal environment as an emulsion in which a continuous phase of Uncle-Sam-flavoured cultural imperialism carries a disperse base of intellectual junk food.