IN “Possibility”, three writers Ben Dillon, Jamie Johnston and Lucy Roberts worked with twelve performers to “interrogate perceptions of themselves, explore questions about their place in the world and dreams for the possibilities that lie ahead”.

Consisting of a number of very short scenes with blackouts separating them, the audience witnessed a parade of mostly fractured and unconnected situations in which individuals or groups declaimed their hopes and fears about themselves and the world in general. Relationships and communication with others from a youth perspective were also put under the microscope. In addition, everyday slice-of-life scenes were balanced with some deliberately absurd and even surreal moments.

There were some imaginative production values. The use of mirrors and lighting produced a kaleidoscopic effect that gave the audience the opportunity to examine the situations presented from various perspectives. Scenes were presented in different styles to give the show some much needed variation and the good sound design added another dimension.

With such stop-start short scenes, there’s no opportunity for in-depth acting. It’s hard to feel any involvement or empathy with the situations presented. Many of the scenes stop in mid-sentence without making any obvious point at all and don’t add up to anything of real interest.

The cast give enthusiastic and committed performances and it all moves at a good pace but all that energy feels wasted on such thin material as this.

It was difficult to see how it could all come under the umbrella of the title of the show “Possibility”. Co-directors Luke Rogers and Anna Johnstone stated in the program that “‘Possibility’ is in itself an open provocation”. If just presenting a range of possibilities was the point and leaving it to the audience to decide, then it was neither provoking nor satisfying. 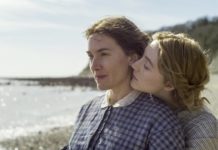 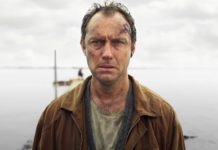 Andrew Mathieson - January 19, 2021
0
Canberra will be central to the federal government's plans of repatriation flights for returning Australians from next month.