THE Dog on the Tuckerbox statue is having some R&R in Canberra.

The famous public artwork near Gundagai, NSW, is being given a new lease on life by ANU sculptor Nick Stranks after it was vandalised last month.

The repairs are being done at the request of Cootamundra-Gundagai Regional Council.

“The work has a significant history. It’s over 80-years-old and it’s had a number of lives in that time,” Stranks says.

“There is evidence that the dog has been vandalised and repaired in the past, it’s been moved, it’s been altered. For example, the original ‘droopy’ ears were apparently replaced at some stage. I thought it was really important that we recognise and respect those layers of history.”

Stranks has also borne in mind that it was a Gundagai artist who created the more than 200kg sculpture in the first place and that some of the most recent repairs were done locally in Gundagai.

The repair work being done at ANU will involve several steps, as Stranks explained.

“We’ll clean the work, we’ll repair the work, we’ll then colour it chemically and seal it with a museum quality wax, which will help protect it in the future… The idea is to mask some of the really obvious damage, which is distracting,” he says.

“I don’t want people to focus on a shiny repaired ear. I’d rather them see it as a whole work.”

Stranks has been on a tight deadline of less than two weeks.

He reports that the dog made a grand entrance when it arrived at ANU on the back of a ute.

“Some of our students weren’t aware of the story of the Dog on the Tuckerbox at all… On the other hand, we had a student who lived in Gundagai and was really concerned about it,” Stranks said.

“I’ve been getting lots of photos of people with their parents or grandparents standing next to it during car trips.”

The Dog on the Tuckerbox will return home to Gundagai later this week. 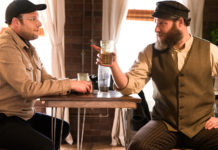 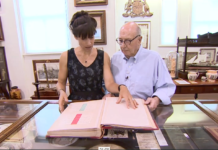 CityNews - September 14, 2020
0
"I’m challenging the media to take a stand against the ACT government on what it has done with this city, which has become the concrete capital of Australia. We are seeing the slow death of the bush capital," says letter writer NOEL BARTONE.