Arts in the City / HELEN MUSA’S weekly wrap of who’s and who and where on the Canberra Arts scene.

SPARE Parts Puppet Theatre is coming to The Street with its adaptation of Roald Dahl’s “The Twits”, a journey into the world of a grumpy old couple, Mr and Mrs Twit, who haven’t had a good thought or done a kind thing in years. At The Street Theatre, July 10-13.

Also at The Street as its last “First Seen” presentation this year, will be Hanna Cormick’s work, “Zebracorn” at 3pm, Sunday, July 7. Book at thestreet.org.au

VETERAN actors Max Cullen and Warren Fahey are appearing in “Dead Men Talking”, a self-devised mini-musical in which Henry Lawson and “Banjo” Paterson share a drink and a yarn or two at the Leviticus Bar & Grill. At Smith’s Alternative, Civic, at 7pm. Wednesday, July 10. Book at smithsalternative.com 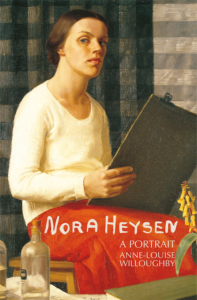 AUTHOR of “Nora Heysen: A Portrait”, Anne-Louise Willoughby, will join National Library “Treasures” curator Nat Williams to talk about Heysen, the first woman to win the Archibald Prize and Australia’s first female painter to be appointed an official war artist. At the National Library, 6pm, Tuesday, July 9. Book at nla.gov.au

BRILLIANT, young, ANU-trained pianist Aaron Chew has been inspired by the “pianism” of Ferruccio Busoni to appear in a two-part recital of the piano music of Franz Liszt. At Wesley Music Centre, 12.40-1.20pm, Wednesday July 10 (part 1) and July 17 (part 2). No bookings required.

INTERNATIONAL Magician of the Year, Australia’s Cosentino, will create “mind-boggling stage illusions and cutting-edge street magic” in his show, “Anything Is Possible”, at Canberra Theatre, Saturday, July 13, book at canberratheatrecentre.com.au

THE cold weather has inspired the early announcement of “A Very Canberra Comedy Festival Christmas”, a two-hour spectacular on Saturday, November 30. Tickets at canberracomedyfestival.com.au

THE Sweet Dreams Festival is a popular music event created by local musical identities Rohan Thomas and Marty Khoundavong, which will come complete with a “glow-in-the-dark ball pit and giant neon animals”. At the Truffle Farm, Majura, Saturday, September 21. Book at atticketbooth.com.au