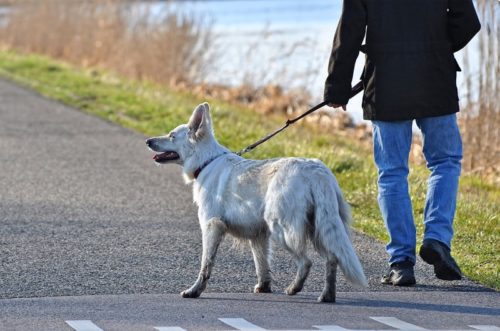 A NEW team of six compliance officers will be targeting the owners of off‑leash dogs as a priority in the next six weeks, according to City Services Minister Chris Steel.

The six-week blitz was announced following the launch of Canberra’s new designated on and off‑leash areas outlined in new maps released by Mr Steel today (July 16).

“The new maps follow the principle, that if you’re walking on a suburban footpath or street you shouldn’t be harassed by a dog off a lead,” Mr Steel says.

“The changes mean that only certain spaces are off-lead including dog parks, certain open spaces, and ovals and sports grounds.

“For all other areas, there is a simple message: Keep your dog on a lead, it’s the law.”

Mr Steel says the rules around on and off‑leash areas are based on the “Canberra Dog Model” and existing domestic animals legislation and include:

Mr Steel says the changes have been designed so that people can feel safe walking, riding or taking young children on our shared paths, open space areas and foreshore areas, while still ensuring significant off-leash areas are available for dog owners who have effective control of their dog (within around 800 metres in most areas).

The ACT government is also reviewing dog swimming areas before the summer, to make certain places available for water retrievers and other dogs that want to take a dip.