A PORTRAIT of celebrated dancer and former “CityNews” Artist of the Year, Elizabeth Cameron Dalman, has won the inaugural $75,000 Darling Portrait Prize.

The announcement was made at the National Portrait Gallery this evening (March 5) and it was there that the winning artist, Anthea da Silva, who lives and works in Griffith, NSW, said: “I am inspired by Elizabeth’s constant reinvention of the dance like a choreographer, actor, director and environmental activist.”

In the portrait she has pictured Dalman resting her feet while in her own studio at “Mirramu”, on Lake George, ready to dance.

National Portrait Gallery director Karen Quinlan said she and her fellow judges, Prof Denise Ferris from the ANU School of Art and Design and Tony Elwood from the National Gallery of Victoria, had admired the portrait for its “seemingly unfinished elements”, as if the complete picture was yet to be filled in.

Quinlan described the winning portrait as both “engaging and whimsical”, also commenting on da Silva’s deliberate “bleeding” of the paint to emphasise the inner nature of her subject.

But Ferris summed up the general feeling when she said: “It’s just a cracking portrait.”

Quinlan told those present that there has been an impressive 331 entries and that happily, 29 of the finalists were already represented in the gallery’s collection. While the prize was non-acquisitive, she added, the gallery might well purchase some of the works.

Such prizes, in her view, were beneficial in offering opportunities for artists to exhibit, thus raising their profile, and to win cash prizes, including the $10,000 People Choice award supported by the Liangis family.

In making the announcement, Marilyn Darling, co-founder of the Portrait Gallery and the widow of the late L Gordon Darling in whose name the prize had been established, said it was obvious to her that the NPG should be the home of an annual prize for portraiture, and that even though there were now more than 30 of them in Australia, this one had “evolved naturally”.

Da Silva, a former paediatric occupational therapist, is well-known in the Riverina for her large-scale urban art and video projection artworks and for her work as an arts community lobbyist.

Dalman, aged 86, was the founder of the Australian Dance Theatre in Adelaide but came to the Lake George area 30 years ago – last year marked the milestone – where she has carried out her dance practice, often working with indigenous dancers and in a cultural exchange which she spearheaded with leading dancers from Taiwan.

Not long after being named Artist Of The Year in 2015, Dalman was engaged by Dublin choreographer Michael Keenan Dolan to perform the central role of a long-haired “crone” in his Irish take on “Swan Lake” which has now been seen in Ireland, Denmark, England, the US, Germany, Russia and here in Australia. 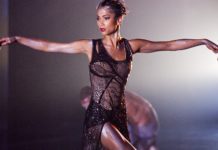 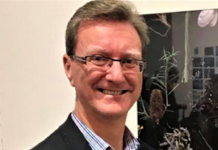