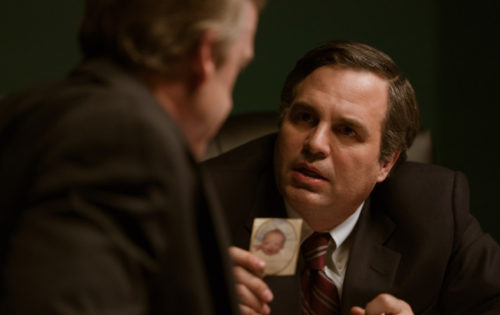 A TEXT before the closing credits avers that 99 per cent of the world’s population has Teflon residues in their blood. And who might dare to refute that for reasons that the film’s purpose is to explain?

In 2000, “Erin Brockovich” didn’t win an Oscar for dramatising a law office clerk confronting a power company whose operations were polluting a community’s water supply.

Telling a similar story, on a rather grander scale, “Dark Waters’” villain is a multi-squillion dollar chemical company that disposed of wastes it knew were toxic and when challenged brought financial and political muscle to bear on not only the community where it happened but also on a world that embraced one of its products.

Mark Ruffalo plays lawyer Rob Bilott (and also is one of the film’s producers) who launched an action against DuPont Chemicals whose Parkersburg, West Virginia factory was the city’s main employer. Farmer Wilbur Tennant’s (Bill Camp) cows were dying and Wilbur was sure that the cause was pollution from the plant.

As indeed it was. Mario Correa wrote a screenplay based on a “New York Times” article “The lawyer who became DuPont’s worst nightmare” by Nathaniel Rich.

DuPont had to be pushed kicking and screaming into the action brought by the local legal firm where Rob had just been made a partner. It’s a great story in best Jack the Giant Killer tradition.

Among the cast of director Todd Haynes’s film are several people who were real-life participants in its events. Knowing this only because the closing credits tell us nevertheless adds a mote of authenticity to the rest of the film. And in a laid-back, unhurried way (in its 126 minutes, the film spans more than two decades) it shows enough of the science identifying the strings of eight carbon atoms that constitute the special abilities of the substance PFOA that provides Teflon’s special abilities. I once bought a frying pan carrying a label assuring me that its non-stickiness wasn’t because of PFOA. I now know why the label was there.

“Dark Waters” is a forensic thriller offering muted tensions with an unassuming hero confronting a more exacting, more real conflict than any big-budget movie based on comic book hi-jinks. Couldn’t ask for better than that.

Helen Musa - April 16, 2021
0
In a mighty affirmation of Canberra-made theatre, The Street Theatre was named on Tuesday (April 13) as a recipient of a 2020 Sidney Myer Performing Arts Award.