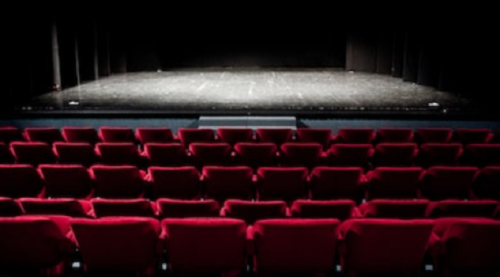 The glaring flaw in the Prime Minister‘s package is that, although Mr Morrison claims that the package “isn’t just aimed at helping the public faces”, it ignores the plight of the individual creative, writes "CityNews" arts editor HELEN MUSA.

THE announcement yesterday (June 25) by Prime Minister Scott Morrison of a $250 million package for the entertainment, arts and screen sectors, to be rolled out over the next 12 months, has raised many questions.

Certainly the package has been cautiously welcomed by bodies like the Australia Council for the Arts and Live Entertainment Australia, but there’s a sense abroad that it might be too little, too late.

Predicated on the idea that the arts should be valued in dollars and centre rather than its intrinsic contribution to society, the rhetoric accompanying the announcement is full of references to “the capital these businesses need”, “the creative economy", “investment”, productivity”, and tourism.

No surprise there, working artists are all too familiar with the notion that the arts are not valuable unless they can be seen as an “industry".

It’s not a large grant package if you consider the contribution of the creative and performing arts to Gross Domestic Product, estimated by the Australian Institute in April this year as $14.7 billion, employing four times as many Australians as coal mining, and as many as the finance industry. Even the government says the “creative economy” is worth $112 billion and employs more than 600,000 people.

$90,000 of the newly announced packaged comes in the form of concessional “show starter” repayable loans to fund new productions and events, unappealing to many arts organisations in the wake of the COVID-19 crisis.

A modest $75 million is for seed investment to reactivate productions and tours. These competitive grants will provide capital to help production and event businesses to stage new festivals, concerts, tours and events.

The glaring flaw in the Prime Minister‘s package is that, although Mr Morrison claims that the package “isn’t just aimed at helping the public faces”, it ignores the plight of the individual creatives who, even before COVID-19 hit, were effectively supporting the “industry” by working hard for very little income.

The government’s failure to include casual workers in its JobKeeper scheme and the fact that artists with low incomes often fall behind with their tax or don’t know how to set up as a sole trader, rendering them eligible for JobSeeker, has left a devastating hole in the sector.

But ironically, you can fairly bet that any arts recovery will be led by small-scale enterprises opening gradually, as we can see right now with galleries.

It can be a matter of luck too. Michael Cassel, the producer of “Harry Potter and the Cursed Child”, now playing in Melbourne, told Radio National this morning (June 26) that his enterprise was able to benefit from JobKeeper because, by sheer chance, it had passed its first year when JobKeeper was announced, making its contracted employees eligible.

Singing from the same song-sheet as Mr Morrison, Australia Council CEO Adrian Collette, said: “An investment in the arts is a smart investment in recovery: creativity-led productivity fuels our economy and our social fabric. Arts and culture are major drivers for tourism, both domestic and international. They boost the hospitality sector. They underpin the vitality of our cities and regions, and the perception of Australia internationally.”

“At this point, any money will be welcomed by an industry on its knees. But $250 million, including loans, falls well short of what is needed to save jobs and generate economic stimulus. The industry itself was calling for a package of close to a billion dollars," she said.

“The Government found $700m for their home HomeBuilder scheme. There’s no excuse for giving the arts and entertainment sector, that has been hit hardest by the COVID-19 anything less.”