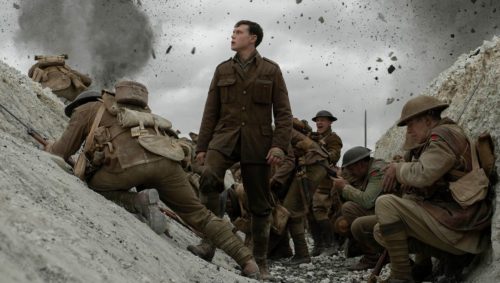 THE 119 totally fiction minutes of “1917” tell a powerful, challenging and expensive-looking story, delivering a collection of metaphors for “army” as it was during World War I.

To do justice to the memory of men who fought, lived and died in battle, director and writer (together with Kristy Wilson-Cairns) Sam Mendes had to get it right. With a small number of forgivable exceptions, I think he succeeds.

What qualifies me to say that that? A snippet following the closing credits tells us that Sam learned about the Great War from a Mendes ancestor who was there.

A very long list of closing credits tells that the film had one military adviser and one military technical adviser. Nothing in my life’s experience equips me to gainsay anything that any of those men contributed to the production. But I have read, re-read, enjoyed and admired John Masters’ “Loss of Eden” trilogy written by a soldier who got a DSO during another war and an OBE for good measure after it. The film and the books together are redolent with realism. And credibility. And emotional power.

It’s summer somewhere in perhaps France, perhaps Belgium. The war in the trenches is stalemated. A general (Colin Firth) orders two lance-corporals to deliver an order directing another battalion not to proceed with an attack planned next day. Intelligence has learned that the enemy has set a trap. If the attack goes ahead, the battalion will be wiped out.

Most of the film is a two-hander for Blake (Dean-Charles Chapman) and Schofield (George MacKay) until Blake makes a mistake and pays the price. George MacKay is alone on screen for perhaps a quarter of the film. On another screen in the same cinemas, you may watch him playing Australian anti-hero Ned Kelly. He’s a young man with a future.

“1917” feels like it’s observing real time – no editorial cuts, no jumps between places or actions or characters. Its planning, staging and recording provide an object lesson, delivering a look that’s new, memorable and discomforting for the best reasons.

There are things more important than wars to protect our planet. “1917” is an allegory reminding us of what wars do to people. Good things, dreadful things, brave things. But the bottom line is that they’re a specialised, brutal form of living (and dying) hell.

That seems as good a reason as any for Sam Mendes’ film. As if you and I needed reminding! But some world leaders do.