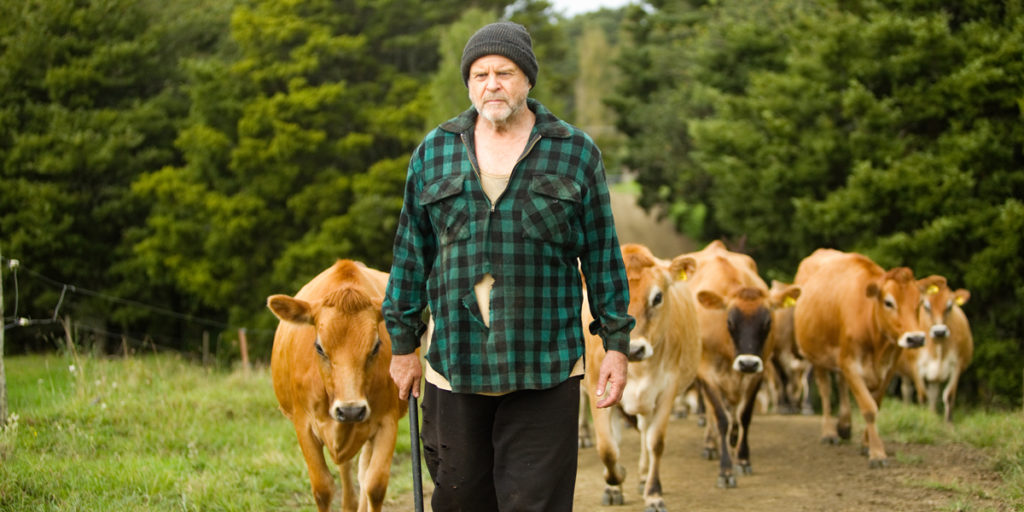 A PROJECTOR malfunction at the cinema is the reason for my being unable to explain the title of filmmaker Hamish Bennett’s delightful, sensitive and, for city dwellers, informative 96-minute film set on an NZ sheep and dairy cattle farm.

If that intro is a bit enigmatic, please trust me. I’m glad I saw “Bellbird”, stylistically very up-to-date yet in its contents more than a little evocative of the series of the same name that the ABC ran for more than 1000 episodes (initially of 15 minutes each!) beginning in 1967.

Bennett’s film tells how farmer Ross (Marshall Napier) copes with his private journey through the unplanned-for hell of losing a beloved wife. Nothing novel about that; it can happen in any strong and supportive relationship. How Ross handles it forms the fabric underlying the traditional alpha male response – bottle it up inside, reveal it to nobody, learn to live with it.

Ross’s son Bruce (Cohen Holloway) may be on the edge of the autism spectrum. Bruce works sorting useful items out of other people’s rubbish at the local tip. He doesn’t know much about farming. But he tries. He gets some help from his boss Connie (Rachel House) whose strong sense of humour, particularly of the ridiculous kind, sits well with a no-nonsense outlook.

These are the film’s main characters. They tell Ross’ story in a beautiful Northland environment where birth and death in the paddocks are routine. Bennett uses those elements to provide drama and humour. You will learn how the vet confirms pregnancy in cattle (they do it the same way with horses). The moment of calving is commonplace. So, too, is death. At the local show, a friendly gamble based on cow poo provides minor amusement.

For me, “Bellbird” resonated in a quite personal way. My late father-in-law farmed sheep and beef cattle in NZ’s South Wairarapa region. I watched the film with the benefit of not only having been on the property but also of sharing the second half of my life with his first daughter.