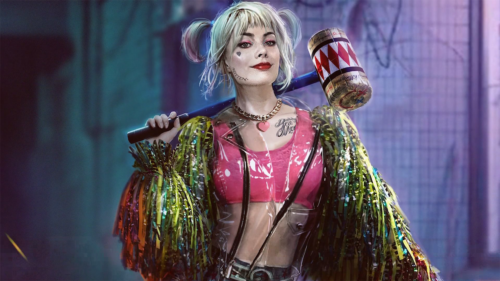 WRITTEN by Christina Hodson and directed by Cathy Yan, this psychedelic mix of disjointed visuals, jangly music, firecrackers, and occasional acting (as distinct from athletic gyrations), as one follower of IMDb puts it, is “a mess presented in a messy way (that) hardly holds together as a story but it offers moments of fun”.

It’s escapist cinema with a skewed feminist bias, based on themes and characters for which/whom DC Comics holds the copyright.  For me,  movies using stories built out of graphic novels, aka comic books, are a waste of time better spent telling readers about movies that give their viewers something to get their brains working.  Sure, use the cinema for occasional escapes from reality.  But other escapes are more rewarding than this kind.

For “Birds Of Prey”, as well as leading the cast list, luscious-looking Australian actress Margot Robbie is listed a producer with the lower-case letters “p.g.a.” after her name.  This does not indicate membership in the Producers Guild, but rather, a license to certify on a film-by-film basis that the person performed a major portion of producing duties.  One cannot at this distance tell just what Margot might have done to earn that tightly-controlled accolade.

Margot plays Harley Quinn, who broke it off after Batman dealt with the Joker.  Her costume depends on a pair of very short shorts, the gusset of which she displays more often than necessary as she (or was it a stunt double?) performs athletic gyrations.  She and three other women – I don’t dare call them “ladies” – form a coterie which sets out to put down Roman Sionis (Ewan McGregor) and protect a vulnerable little Chinese girl (Cassandra Cain). After 109 minutes of same old same old, I was glad my boredom was over.

It’s not the most compelling argument for the feminist cause.

CityNews - September 16, 2020
0
With an economic slump on its way, Belco Party candidate Bill Stefaniak is calling on ACT Labor to immediately delay Stage 2A and 2B of the light rail, if re-elected next month.