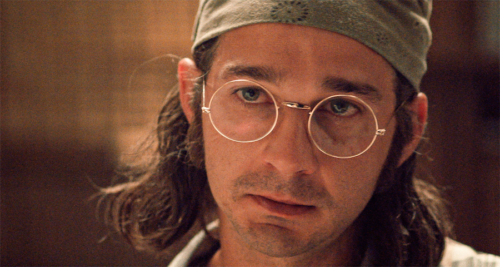 ACTOR Shia LaBeouf is the best-qualified person on the planet to write the screenplay for Alma Har’el’s narrative film debut and play its villain.

How can I confidently say that? Simple. Using invented names for father and son, it tells snippets from LaBeouf’s life between ages 12 and 18 with a domineering, confused, often abusive father.

How well does the film work as cinema entertainment? It’s often not what you might call a joyous experience. But it makes its statement with an underlying fondness and courage.

The story unfolds during the child Otis’s twelfth and eighteenth years. English-born Noah Jupe, who on the day the film opened at the 2019 Sundance Film Festival had his 14th birthday, bears the main burden of the story, follows his no-good father around America’s country roads, living in trailer parks, learning life among junkyards and abandoned cars, meeting people in like circumstances thereby acquiring relationship skills that, more than getting book learning, help the disadvantaged to survive.

In a trailer park, a shy girl (FKA Twigs) befriends the young Otis and begins the process of redirecting his life. There’s potential in some of these passages for a sexual element to take shape. In one of the film’s many sweet passages, it doesn’t go the whole way, made especially effective by Noah Jupe’s angelic face.

I’m sure Shia LaBoeuf would have realised that this film, screened only at festivals until commercial release in November, was unlikely to do well at the box office. Production cost information is not readily available but until mid-February, it had taken only a tad above $US4million at the box office. But it’s a story he felt compelled to tell, one which for people of conscience and cultural discernment quite well justifies the cost of a ticket.