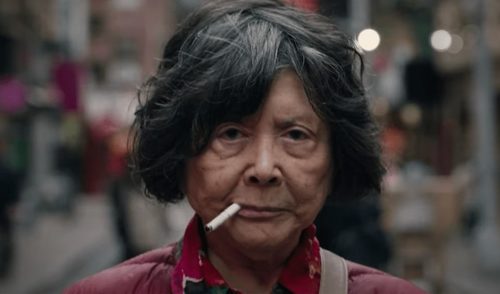 UNLESS you’ve fled here to escape the political turmoil and danger currently blighting the US, it’s probable that Sasie Sealy’s name hasn’t landed on your list of filmmakers to watch.

After a short film career in TV, Ms Sealy’s move into the big league goes to New York’s Chinatown where, today, diminutive 80-year-old chain-smoking Grandma (Tsai Chin, the first Chinese member of Britain’s Royal Academy of Dramatic Art) is mourning the passing of the husband by whose side in the shop she has toiled from morn to night.

Grandma expects a large inheritance. But $1750 isn’t going to last, is it? So off in a group of locals to the casino where, betting on the number “8” in a variety of games, she wins a motza. Which she bets again on “8” and promptly loses.

In the coach back to the city, she finds herself sharing the seat with an obnoxious fellow whose dilly-bag is chock full of banknotes. And who conveniently karks it during the journey. Grandma heads home carrying the cash, unbeknownst to her family.

Those events form a comical prelude to the film’s dramatic theme. And we know what happens when Chinese crooks want the money. So Grandma hires a bodyguard Big Pong (Hsiao-Yuan Ha, aka Corey Ha) whose size would scare away the most determined crook until the bullets start flying between gangs.

Billed as a comedy, even when gang-war tensions build, it matters little that improbable happenstance pops up several times to sustain the 88 minutes that “Lucky Grandma” needs to tell its story.