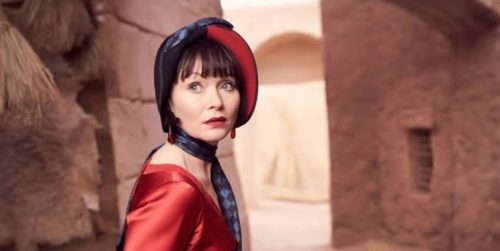 DON’T get me wrong about that star rating. The big-screen successor to TV’s 34 episodes featuring Kerry Greenwood’s all-conquering heroine is a fun movie that children of whatever age might enjoy.

While movies can say whatever their creators like, there are limits to how far filmgoers are prepared to have their credulity stretched before it snaps and reveals fundamental limits to their willing suspension of disbelief. Those limits are for me a private quality that I’m loath to dismiss. Yah boo sucks.

I’ve read and enjoyed Ms Greenwood’s novels. As TV episodes I found them tedious and often foolish twaddle. In their wake, “Crypt of Tears” is the creation of writer Deb Cox, who has written a lot of great Australian TV material – think “SeaChange” for starters.

This time, she’s on her own with no Ms Greenwood providing a plot structure. It’s 1929. Miss Fisher is living the life of a minor Pommy aristocrat. In Palestine, still under British post-war rule, a young woman is in prison awaiting trial for opposing that regime. Enter Miss Fisher. And it’s heigh ho and away we go over desserts (the closing credits make reference to Morocco) and ancient ruins in search of a jewel still capable of imposing an ancient curse.

It’s just a tad less immature than infantile. The cast, called back from the TV series and supplemented by a handful of temporary Pommie imports, is familiar. The sexual frisson between Miss Fisher and Detective Inspector Robinson (Nathan Paige) remains unfulfilled. And in case you’re wondering, yes, the butler did it.

And flashing though it all as Phryne is Essie Davis, a fine actress whose performance in “The Babadook” blew me away, making amends for the role to which playing Phryne had consigned her.