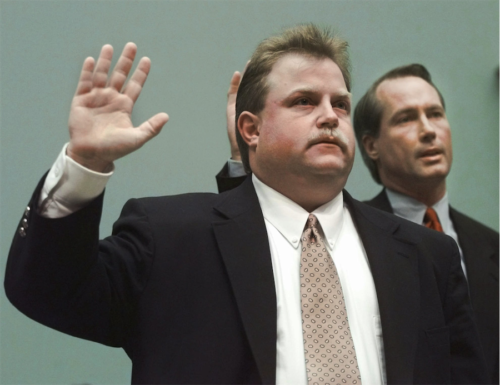 IN movies, nothing should stand in the way of a good story. However much it blends fact with imagination, Billy Ray’s screenplay for director Clint Eastwood’s film telling the story of Richard Jewell’s 88 days of FBI interrogation about a monstrous crime that he did not commit is a good story.

Richard (Paul Walter Hauser) never met “Atlanta Journal-Constitution” police roundsperson Kathy Scruggs (Olivia Wilde), who drew assumptions from a weak set of facts then available. Both are now dead. But the fallout from Scruggs’ assumption of Richard’s guilt still resonates around the US legal system as lawyers argue the facts of the case.

Richard was an overweight Type 2 diabetic with a passionate belief in law enforcement that was never going to take him to a job with any law-enforcement agency. During a concert in Centennial Park, Atlanta, Georgia at the 1996 Olympic Games, he identified a rucksack under a TV broadcasting booth as a bomb. As he and police began clearing the area, the bomb went off, killing two and injuring more than 10 people.

Richard needed a lawyer. He knew only one such, one-time government lawyer Watson Bryant (Sam Rockwell) who was now in a one-man private practice. The right guy, in the right place.

The film runs for 131 minutes. The story’s flow distils into one theme. Government agencies are not sacrosanct. They can get it wrong. The FBI and other US government agencies investigating Richard and his mother (Kathy Bates) were, with some justification, very angry and anxious to arrest Richard, try him and execute him.

Whatever the screenplay’s sources, there is no denying that Eastwood has again delivered a cracker of a film. The cast is good. The tempo and tensions hold up well. Without clamour or hysteria, the story examines how two views of justice from a single set of facts can come to the correct decision. Nothing could be better.