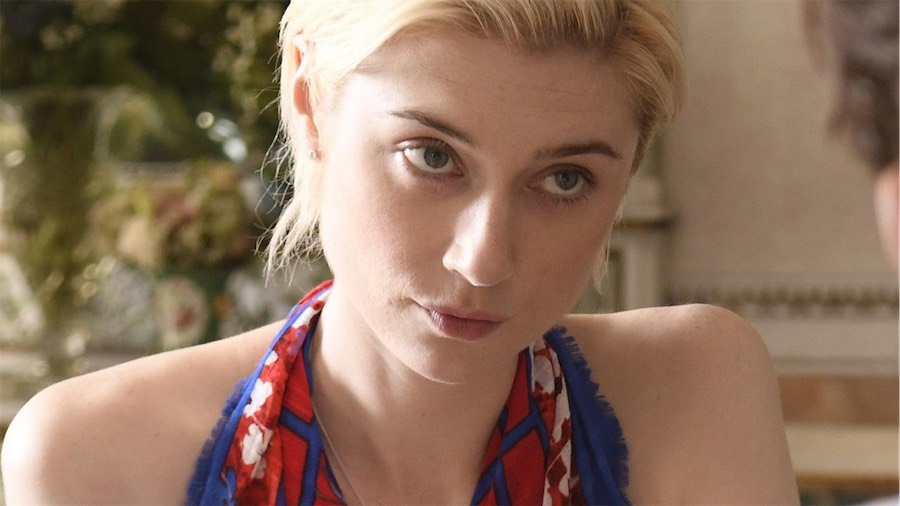 THIS is the second dramatic feature from Italian director Giuseppe Capotondi whose provenance elsewise is a short list of TV series and short videos.

From such a short filmography, he’s garnered a brief list of nominations from minor film festivals and one only winner. I’ve not seen his other feature but from what I’ve been able to glean it’s a close brother to this 99 minutes of film noir delivered by two main characters buttressed by two supporting characters.

The tensions delivered from a screenplay by Scott B Smith adapting a novel by Charles Willeford begin slowly enough in an art gallery in Milan, where James (Danish actor Claes Bang) is delivering a lecture to an awestruck audience about a painting by a newly notable artist.

James is credible. But he’s also a joker, and the joke’s on both his audiences – those on the screen as well as us watching them.

With one exception. She’s tall, slim, noticeable eye candy Berenice who’s the only one to see through James’ deception. Australian actress Elizabeth Debicki plays her deftly as she starts the relationship with James in a delicately filmed nude sequence in which two handsome human animals get to know each other better.

The drama develops when gallery director Joseph (Mick Jagger) invites the pair to his palazzo to discuss a meeting with famous but reclusive octogenarian painter Jerome Debney (Donald Sutherland).

Jerome might open up to James about his work. Jerome may be beyond pleasuring Berenice but he’s wily enough to court her innocently.

We’ve now met the four people on whom the story depends. What remains is a dramatic development in the best tradition not of film noir as classically defined by pessimism, fatalism, and menace but of murder, greed and other varieties of dishonesty.

It’s entertaining enough right to the last sequence at which a gentle old man, four years after his death, gets his revenge over a scoundrel. Subtle, clever, blink and you’ll miss it. Roll closing credits.

The film’s title gets explained in restrained dramatic moments. It’s the name Jerome has given to a colour-field painting after stretching the canvas but before uncapping any tube of paint. That dramatic kicker underpins James’ reason for all that has preceded the film. Is he about to make big bucks by selling the only painting not destroyed by the fire in Jerome’s studio?

For those who dislike subtitles, while the locations of “The Burnt Orange Heresy” are Italian, the language is exclusively English. And from beginning to end, its visual values are enhanced by having been shot in what appears to have been available light exclusively.

Robert Macklin - August 7, 2020
0
"It's time to kill the 'zombie' that equates government finances – surpluses and deficits – with ordinary household debt. In fact, they are as different as breathing air and seawater," writes "The Gadfly" columnist ROBERT MACKLIN.