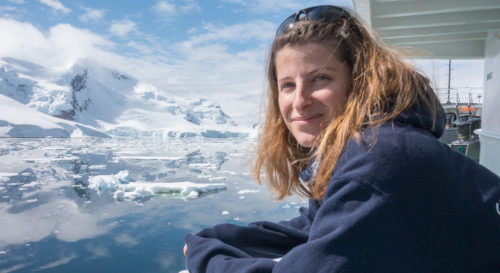 WORKING out the target audience for this Australian documentary, written and directed by Ili Baré, gave me some difficulty.

Is it women in general? Or highly-educated women who feel themselves constricted by gender-based barriers restraining women in general from fulfilling what they consider to be their full potential? Or women seeking a more satisfying way of spending their time after the kids grow up?

Or is it men, who see their natural, rightful, status as being the cocks who crow from the top of society’s social and economic dunghills?

One audience that I am confident that Ms Baré might have hoped, but not expected, her film to attract is our old friend Vox Pop, who has enough difficulty feeding and clothing families to worry whether public figures seeking support have the skill to do it effectively.

The focus of “The Leadership” is a voyage to Antarctica in a pretty little cruise ship carrying 76 highly educated women led (a term synonymous with the film’s theme) by Fabian Dattner, whose profession is leading. Here’s her mission statement for the voyage – and the film – in a media statement released on the eve of her departure to board the ship: “It is led and delivered by an extraordinary collaboration of leaders in their fields (including alumni).

“In this time we cement deep personal insight, personal strategy, purpose and values, the art of visible leadership with a focus on the skills required. We share the contexts in which women work and we bond to become an unshakeable collaboration for the greater good.”

That’s demanding stuff by any measure. If that were its full complement, “The Leadership” would be much shorter than its 97 minutes. But Antarctica is full of visual statements that, as well as being visually beautiful, have much to do with the future of life on our planet.

That, more than any issues of leadership-related analysis, scares the billy-oh out of me. The environmental images need no voiced commentary. They’re beautiful. And terrifying.

And overlaying the film is a mild admiration for the exhibitors who have taken a punt on screening it.