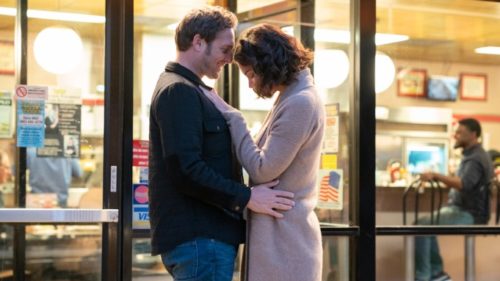 SHOT in the American State of Louisiana, “The Secret: Dare to Dream” spends 107 minutes delivering a stock standard romantic story proclaiming its Hollywood mainstream origins with as fine a collection of style cliches as you might ever want to avoid.

The publicists’ puffery describes it as being about the power of positive thinking. You could have fooled me.

For the screenplay, director Andy Tennant co-wrote with Bekah Brunstetter an adaptation of a novel by Australian TV producer Rhonda Byrne.

Apparently, Ms Byrne has become wealthy by researching and writing about what appears to have been the science of getting rich. I haven’t read anything else she has written, nor do I expect I ever will. She’s also this film’s producer.

It’s not a bad movie. It’s merely a pot-boiler about people dealing with not only a wild storm but also some of life’s realities that they’d rather not have to confront. That’s not an unreasonable theme. But it’s been done many times before and watching its journey to an utterly predictable conclusion doesn’t take long to become humdrum.

Katie Holmes plays Miranda, a widow with three children, the oldest of whom Missy (Sarah Hoffmeister) is about to have her 16th birthday. Brother Greg is a few years younger, little sister Bess is more so. Miranda is having financial problems. Her day in a small town is routine. Then the storm hits. A falling tree punches a hole in the roof of their house. That will cause problems with giving Missy a party. And Bess craves a pony.

Earlier, Bray (Josh Lucas) arrived in town looking for Miranda to give her an envelope. What’s in it? We have to wallow through most of the movie to learn the answer. I won’t spoil it for you. Bray is an academic. He’s also a dab hand with all manner of tools and materials for fixing holes in roofs.

At Palace Electric, Dendy and Hoyts

CityNews - October 16, 2020
0
Almost three quarters of damaged forest needs to be protected from logging after major natural disasters, such as fires, in order to preserve its biodiversity, according to a new study.