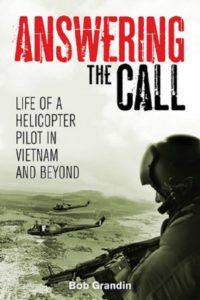 THE 2021 RAAF Heritage Awards competition is now open to entries, a good chance for grounded writers to flex their literary muscles while also enhancing the records of the Air Force and fostering interest in its history and heritage.

The winning manuscripts will be published overt the two years following the announcements.

In a break from previous years, the 2021 round will be looking for entries highlighting the Air Force’s history, which has not been thoroughly covered in the past, with a focus on Cold War activities and Southeast Asia Treaty Organization (SEATO) involvement, UN commitments and post-war transitions.

Air Force historian, Martin James says that since the inception of the awards, the RAAF had published historical works of national significance.

The winner of the last RAAF Heritage Awards in 2018 was former Flt-Lt Bob Grandin, whose winning piece, “Answering the Call: Life of a Helicopter Pilot in Vietnam”, was published in 2019.

Submissions are due by June 30, 2021. Entry conditions at airforce.history@defence.gov.au