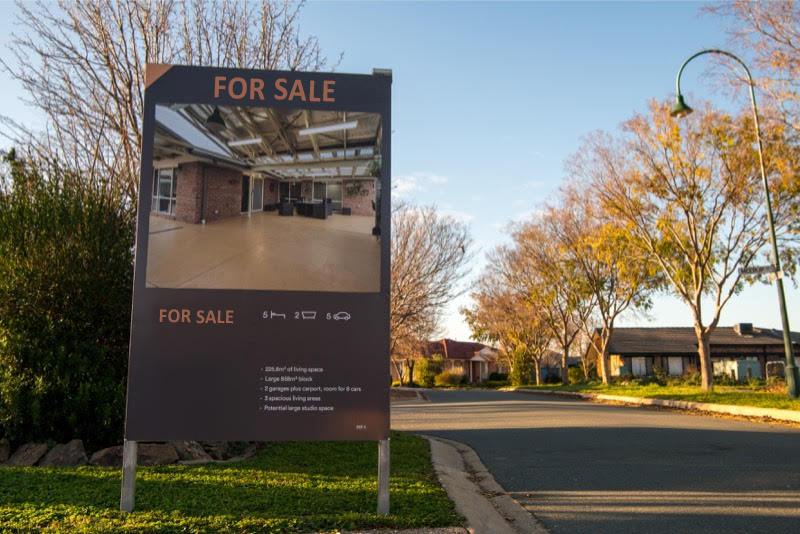 CANBERRA has bucked the real estate trend amid the record of Australia’s highest quarterly rate rise in a decade.

The homes of the head of the nation was the only capital city in the sales market, whose weighted average median price has not increased since summer.

A new report from the Real Estate Institute of Australia’s Real Estate Market Facts found that prices for houses jumped by a further 6.8 per cent while other dwellings rose by 2.7 per cent.

The 12 months to the March quarter also increased the weighted average capital median house price by more than 11 per cent.

Over the past quarter, that same median house price for all capital cities bar Canberra rose to $873,911.

The astounding news has gone against recent reports dating back to April that Canberra’s median house prices had soared to a record high of $927,577 in the first three months of the new year, according to a Domain House Price Report.

Sydney’s median house price of $1,309,195 continues to be the most expensive among the capital cities, which was 49.8 per cent higher than the national average.

The recent splurge of affordability for home buyers has also aided rents in the ACT capital to keep rising well above national averages during the past 12 months.

Paying out $570 per week has ensured Canberra is the highest median rent in Australia and only behind Darwin – with a 17.3 per cent increase – for the highest annual growth.

Helen Musa - June 8, 2021
0
“Grace Under Pressure” is a compendium of stories and recollections that highlight the work conditions, stress and culture of humiliation within the hospital environment in Australia.