HIGH jinx violins and Mozart’s requiem recomposed by the Australian composer Gordon Hamilton were on the bill for this concert of musical invention.

But it was much more than that.

Opening was Anna da Silva Chen, performing the first of Niccolò Paganini’s “Caprices” for solo violin. Paganini always sounds complex and contemporary, and these are works of genius. Playing them at any time is a challenge, and to do it all from memory is a staggering feat.

Da Silva Chen has a unique, straightforward style. She gets stuck into the music immediately with little fuss and she looks, and sounds, determined. She is a highly skilled player that will conquer much musical territory in her life.

Kristian Winther closes his eyes and opens up a world of sound when he plays. He is focused and fixed and capable of amazing feats. He clearly takes playing seriously, and like all talented players, he has unique mannerisms. His performance of the Heinrich W Ernst (1812-1865) “Grand Caprice” on Schubert’s Erlkönig, where the playing requires pizzicato in the left hand and bowing at the same time, created a staggering sound.

When Winther and da Silva Chen united for the J. Halvorsen (1864-1935), “Passacaglia” after G.F. Handel “Suite nr 7”, their combined qualities were, well, they were a knockout.

The major work was by the Australian composer Gordon Hamilton after WA Mozart titled “Requiem-Recomposed”. This is a work that must be heard live. Its depth and incredible orchestration and arrangement with its amazing colours blended the sound of the old and new in a magical way.

The choir of eight female and eight male singers sounded much larger because of the multiple melody lines sung at the same time and the cross harmonies generated. There is so much going on in this piece. Singers doubled on brass and percussion instruments. Artistic director Peelman played acoustic piano and digital keyboard.

The strings performed this unusual circular bowing technique that made the music sound is if it were oscillating. The harp, played wonderfully by Emily Granger, performed a central part. The writing and combination of tone colours, instruments and voices were extraordinary. What a musical mind Hamilton has. Almost every performer had a special part to play. It even had some musical kitsch. With so many instruments playing individual parts, the spatial sound effect was stupendous.

It received long and loud applause. This wasn’t just Mozart recomposed, it was Mozart reborn into the 21st century. 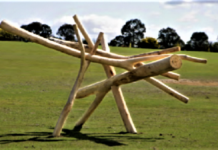 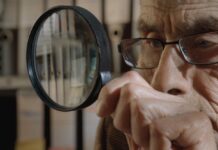 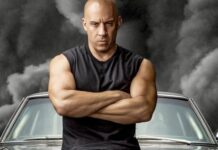