“I COME to praise Roland, not to bury him,” intellectual property and entertainment lawyer Shane Simpson told those present at the launch yesterday (May 1) of a new book about the director of the Canberra International Music Festival, Roland Peelman.

Simpson, who has worked for years with Peelman at The Song Company in Sydney, sketched a picture for the music lovers gathered at the Australian Centre for Christianity and Culture how Peelman, born in Belgium near the city of Ghent to a family with no background in classical music and how, ugly duckling-style – he had transformed himself into a leading musician, studying first in Ghent, then in Cologne, before emigrating to  Australia with his family in the 1980s.

Simpson listed many of the Belgian connections he’d found – beer, chocolate, truffles and even the contraceptive pill, but one of its greatest exports, in his view, was Peelman.

He praised the authors of the new book, “Roland Peelman,”, music expert Antony Jeffrey and photographer Anthony Browell, who had gathered together images and compliments (but very few criticisms) to Peelman from all over the place to pay tribute to a musician who had, in his time, commissioned 164 works by 85 composers.

Canberra music identity Dorothy Danta was quoted as describe him as “a highly cultivated intellectual,” but Simpson cautioned that Peelman’s unique personality meant he wore this intellectuality lightly— “he travels lightly so that music, not things, are at his core.”

Simpson went on to describe the book as “a eulogy in his own lifetime.” 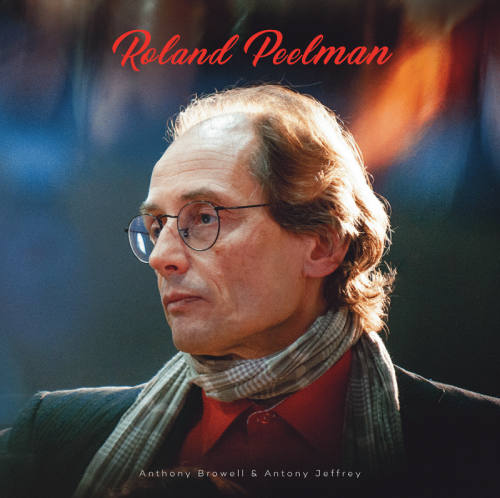 At this point Peelman could restrain himself no longer and leapt to the stage to exclaim: “I’m not dead, I have a little bit more bubble left.”

He thanked his many friends in Australia and admitted that, although initially a little reticent about the book, had finally concluded that he felt “a bit flattered”.

Jeffrey took to the mic to describe his long friendship with Peelman, followed by photographer Browell, who told of an upmarket music event where he was looking for Peelman and had eventually found him in the kitchen, peeling prawns.

“I don’t think you could invent a guy like Roland,” he said