Canberra International Music Festival / Concert 8, “Do I Matter?” At the Fitters’ Workshop, May 2. Reviewed by IAN McLEAN.

“DO I Matter?” is one of a two part chamber music work in the “Hidden Thoughts” series by Australian composer Katy Abbot, the senior lecturer in composition at the Melbourne Conservatorium of Music.

“Hidden Thoughts” came about following an online survey where more than 200 women submitted answers to questions, such as: “Do you have hidden thoughts and feelings and what have you learned to be brave about?” Those answers became the text for “Do I Matter?” which received its world premiere performance as part of the Canberra International Music Festival.

The 16 movements of the hour-long work were titled everything from “eat whatever I want” to “my lover is a woman”, “sweet sixteen”,  “support her, protect her” and “stop talking”. Text was predominantly sad and unsettling, reflective of the feelings of the women who participated. Topics included alcoholism, depression, struggles with rage, intolerance, sexual awakening and body image so music set to the text was primarily in keeping. Whilst that was so, the music was widely varied in style and was performed particularly well by six singers (sopranos Susannah Lawergren and Anna Fraser, mezzo-soprano Hannah Fraser, tenor Richard Black, baritone Mark Donnelly and bass/baritone Andrew O’Connor) and the quite incredible Ensemble Offspring.

The first movement, “taking chances”, featured amazing percussionist Claire Edwardes setting the scene with neat, rapid rhythms played mostly on hi-hat cymbals. Her playing throughout the concert was meticulous in detail, precise in every regard and incredibly inventive.   Simply watching and listening to her play was a unique privilege. The third movement, “runaway”, introduced the singers with difficult vocal entries perfectly executed against driving rhythmic patterns.

Prior to the commencement of the concert, patrons had been requested to note their inner thoughts on pieces of paper. After the solemn, reflective and haunting bass clarinet of Jason Noble had musically posed the sad “do i matter?” fifth movement question, the notes were randomly drawn from a box and performed in an improvised manner by the singers.

Other musical styles included incorporating a flute “throwing not blowing” breathing technique in “stop talking”, an eerie piano and violin duet in “ghostly”, a soaring clarinet to set up “sweet sixteen”, voice and percussion interplay in “support her, protect her” and an appropriate mishmash of rhythm patterns on all instruments during “crazy dreams… silver thread”. There seemed to be a nod to Manhatten Transfer as “cigarettes on the ground” spoke of intolerance of others and loss of belief in God. Grief, sorrow and sadness were prevalent musical moods to accompany stories of lost pregnancies in “beauty and ashes” and complexities of love in “my lover is a woman”.

Whilst the playing and singing were of exceptionally high standard there were balance issues with the instrumental ensemble often overpowering the vocalists. This was particularly obvious in spoken, rather than sung, word. A technical issue with the projection of text was disconcerting but will be easily overcome for future performances.

This was a concert which drew a mixed reaction from the audience with an enthusiastic standing ovation from some contrasted by mere polite applause from others. 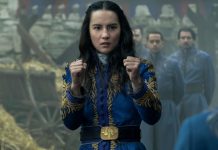 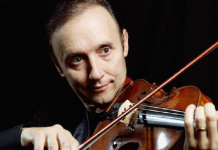 0
"Movies of this kind have an audience. I was not unhappy to see the end of it. Which is not to deny that in its own way, it has subtle merit," writes reviewer DOUGAL MACDONALD after sitting through "Carmilla".