PART of the burgeoning arts scene on the far south coast, the new Headland Writers Festival kicks off this weekend at Tathra, with talks, workshops, readings and performances.

It’s a labour of love for creative director, singer/songwriter Myoung Jae Yi, who urges would-be visitors to “be inspired by the sublime beauty of Tathra and see the world anew”.

There’ll be conversations with authors, talks, workshops, performances, live music and readings, but the main focus is on books themselves which, he believes, “afford us precious time to reflect and reconsider what is important to us, rejuvenating our minds with new ideas and time-worn truths”.

There are several Canberra writers, including Geoff Page and Irma Gold, but the inaugural festival puts attention on local writers who live in, grew up in or have strong connections to the region, not least Ailsa Wild, Gary Lonesborough, Luke Horton and Mark McKenna, all of whose books are finding huge audiences around the country. 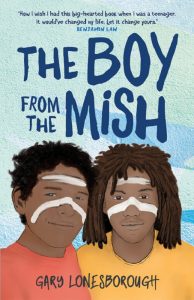 Lonesborough’s novel “Boy From The Mish” challenges the idyll of growing up in a coastal regional town while Wild’s “The Care Factor” turns the spotlight on a health worker during Melbourne’s COVID-19 lockdowns.

Mark McKenna, author of “Return to Uluru”, will be in conversation with “Dark Emu” author Bruce Pascoe, which is set to be a sell-out. “Return to Uluru” is the eye-opening story of the shooting of Aboriginal man Yokunnuna by white policeman Bill McKinnon.

Another in-demand conversation will be between the 2015 winner of the Miles Franklin Award, Sofie Laguna, and journalist Linda Mottram.

Wollongong writer Helena Fox, whose debut novel, “How It Feels To Float”, recently won the 2020 Prime Minister’s Literary Award for Young Adult Literature, is one of many up-and-coming writers attending the event.

The setting is spectacular, with industry forums, poetry and music at the Tathra Hotel, keynote speeches and conversations at the Tathra Hall and a maritime theatrical adventure in the historic Tathra Wharf Museum.

Wendy Johnson - June 10, 2021
0
Dickson Taphouse has been transformed (from the former Ducks Nuts) to create a vintage feel, and there's no surprise there's loads of beers on tap, says dining reviewer WENDY JOHNSON.