A SENSE of humour brings a breath of fresh air to politics. In continuing my series on inaugural speeches of the newest members of the ACT Legislative Assembly, I discovered two Greens members who bring passion, mirth and drive to the chamber.

Andrew Braddock (Yerrabi) began his speech parrying his colleague, Johnathan Davis (Brindabella), suggesting his colleague “may be wrong, misguided or delusional”. The debate was over whether or not Tuggeranong is better than Gungahlin. He did concede: “I respect and love him for his passion.”

Mr Braddock revelled in the freedom of an inaugural speech with “unlimited time to speak, every word protected by parliamentary privilege and fellow members restrained from intervening. It does not, and will not, get any better than that”.

And then went on to apologise that his back was pointed at the gallery – although noting some may think it his “best side”.

A sense of humour that is coupled with disclosure of huge family struggles makes Mr Braddock so much more human. Identifying his own challenges adds power to the statement “everyone in the community of Yerrabi, whether you are struggling or not, I state that I am here to serve you.”

Dealing with mental and physical disabilities of his wife, Deb, being a father to a stillborn son and wrestling with depression himself are all serious challenges. Add to these the challenges of parenting twins and realising, as Mr Braddock says, that “my then three-year-old daughter is a better negotiator than I am”.

“I am not here to play politics. I will work with anyone here who wants to have a constructive conversation. With self-deprecating humour, willingness to listen, and understated style, I will work to serve”. In the end he has entered politics “because it is the future of my children, of all children, that is at stake”.

His passion is “my deeply held belief that social and economic inequality is the most significant political issue we face”. And this from someone who has worked for property investors for a decade.

He rationalises the dichotomy between the investors with multiple houses and those caught up in the “housing crisis”. It is not something to be fixed “by shaming and guilting people” but more about “government taking leadership to remove systemic advantage and treat housing as a fundamental human right”.

Mr Davis grew up in public housing and had the advantage of public education – although as a primary school student “who fell through the cracks”. Unlike the revelations in the inaugural speeches of the new Liberal members with similar backgrounds who saw making good as personal responsibility, for Johnathan Davis it was being prepared to tackle the systemic issues.

In addition to being openly gay, his personal issues include experiencing homelessness, helping to raise his siblings and being close to someone with drug dependency as well as experiencing sexual assault.

“I am the sum of my diverse experiences”, he told the Assembly, “and those experiences inform my values”. Although, “they will not entirely define my work or my contribution”.

A goal is support for the ACT public education system and to be the “strongest and most passionate advocate for an accessible, equitable and secular public health system”.

He went on to say: “My vision is for a public-school system that is the envy of the world and the choice for every Canberra family”.

This is a big challenge! The ACT education system has been declining for the last two decades of Labor governments compared to other Australian jurisdictions!

Apart from thanking his supporters and family, Johnathan Davis concluded by making it clear that he intended to be influenced by his constituents rather than by “the insidious and toxic influence of donations from people or businesses”.

If he does not grow cynical, his idealism and his passion bode well for a future in politics. 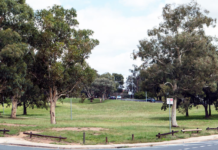