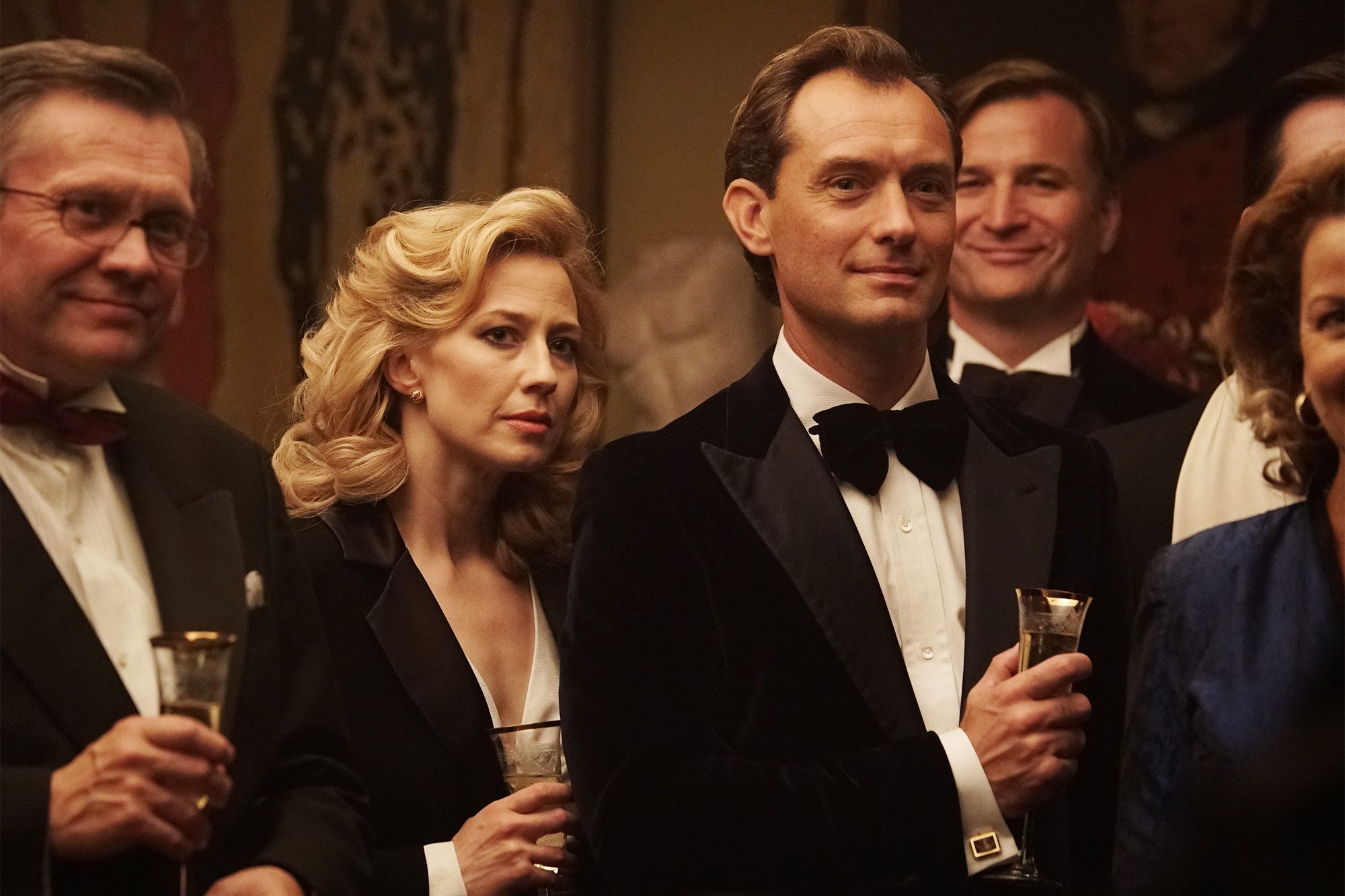 REMEMBER Gordon Gekko in “Wall Street”? Greed is good. That was one in a long list of its use by men of substance wanting to make points in movies and real life, usually to justify wide-reaching actions.

Rory (Jude Law) takes financial risks in the hope of profit. This time, he’s overstepping the do-not-cross line. And he’s so obsessed with the good life that will come to him and his family if the next deal comes off that he starts spending it before he gets it.

Those few words describe a story-line that’s strong on tension without racking up the underlying conflict beyond credibility. Rory simply wants to sell the business in which he’s a major shareholder and bank the profits while he and his partner look around for another fatted calf to slay.

Rory’s profligacy is beginning to worry his wife Allison (Carrie Coon) who not surprisingly doesn’t mind the lifestyle that comes from living in an English country mansion, having a horse to ride and a good school for son Ben (Charlie Shotwell), sees the dangers but can’t persuade Rory to behave more sensibly. Why hasn’t the sale proceedings cheque arrived? What’s going to happen to the family’s lifestyle if the buyer reneges on the deal?

And, as the discerning moviegoer might expect, that is what’s going to happen.

It’s a movie worth watching, gently paced, with only one dramatic element that Durkin’s screenplay wisely begins building up to before what we’ve seen coming indeed does arrive. No hullabaloo about it. Just an inexorable conclusion that is no surprise yet powerful in its credibility.