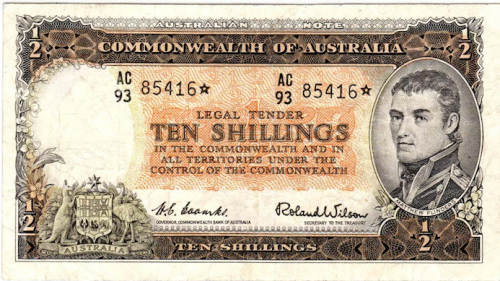 I’VE been on this planet for nearly 50 years and in that time banking has changed dramatically.

My first bank account was a student’s passbook. Back then, we used to do the banking at school where you’d get that groovy little stamp in your passbook.

If you needed money out, you took the passbook to the bank, but you never needed to get money out. As a kid in the ‘70s, banks weren’t for withdrawing money. All you did was put money in.

When I got my first paid job, which was packing boxes at the local supermarket, I was paid cash in a little yellow envelope. I think my first envelope had $17 and some cents in it and I can remember ripping it open at one of the local cafes on my way home. I bought a can of Fanta and a Flake chocolate bar – the best-tasting Flake and Fanta feast I ever had.

I remember when Bankcard was introduced. The banks sent them out to people, and there was the revolution in access to cash when the automatic teller machine arrived.

How amazing was it when they started depositing pays directly into bank accounts? It seemed straight out of the Jetsons. It also seemed unreal not being able to touch and smell the money, but we got over it.

Now, we’re told, banking is about to come full circle. The Reserve Bank says ATMs are on the decline. This country, in particular this town, is full of people who rarely touch money. They do everything either online or with a card, which for the most part they tap and go. So why would you need an ATM?

We have 31,000 ATMs in Australia. The banks and other owners of these devices are getting diminishing returns as they’re used less and less. In the last six years withdrawals at the ATM have fallen by around 20 per cent.

I reckon part of the reason for that is that pesky $2 fee they impose at the moment that you’re about to get the cash. It’s a bit rude, isn’t it?

While we’re on the subject of ATMs in Canberra, can somebody please explain the Bitcoin ATM to me? On second thoughts, don’t bother; I really don’t care.